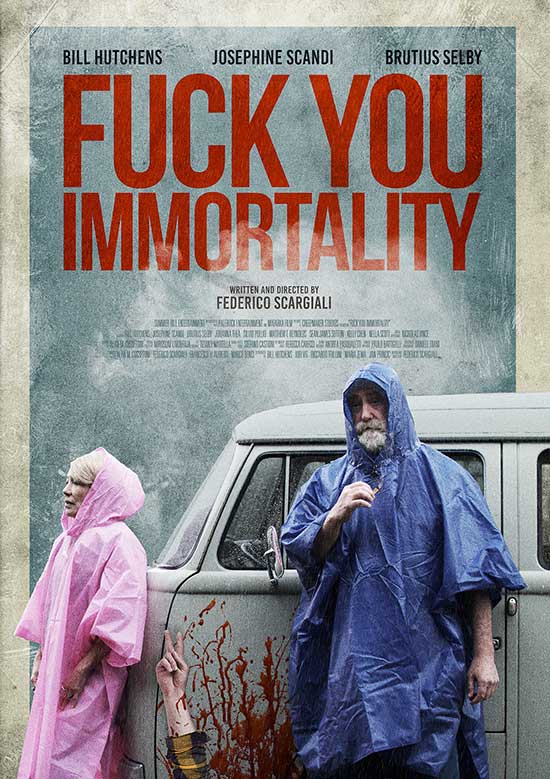 The official poster and first teaser trailer for Federico Scargiali’s black comedy F**k You Immortality have been released.
FYI depicts the adventure of Tony and Kacy, two hippies with one obession: find their old friend Joe who apparently never aged a day since they were young. Vegans, drug enthusiasts, and with their roots firmly planted in the 70s, the couple will soon discover that Joe is immortal, but tired of his eternal life. In the name of their old friendship, Tony and Kacy will try their best to help their friend fade into the after life, but nothing seems working. Through bloodthirsty ninjas, angry metalheads, wrestlers, shamans and ancient rituals, the two embark on a journey with no turning back.
Scargiali wrote and directed his debut feature film. It stars Bill Hutchens (The Human Centipede 2 & 3, The Devil Complex), Josephine Scandi (Slaughter High, Malizia 2000), Brutius Selby (When Nuvolari Runs, In Search of Fellini) and features a special appearance by Nicholas Vince (Hellraiser, Nightbreed).
IMDb: www.imdb.com/title/tt6888132
Share 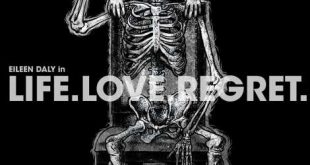