Home | Mermaid Lake of the Dead” Arrives on Blu-ray, DVD, Digital, and On-Demand

Mermaid Lake of the Dead” Arrives on Blu-ray, DVD, Digital, and On-Demand 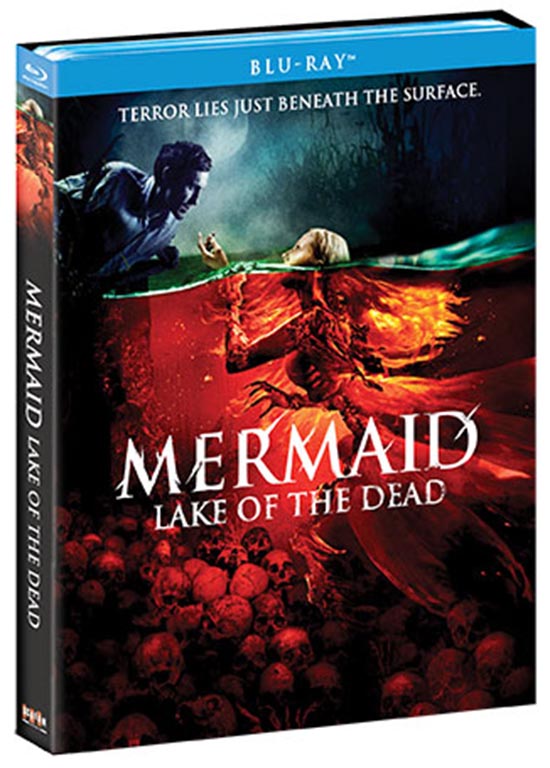 A beautiful girl, an ancient curse, and a terrifying legacy…
For years, she has lurked in the depths … waiting. Some people believe that if you go walking by the lake a night, a mermaid will get you, seduce you with her singing. On February 5, 2019, ahead of Valentine’s Day, get ready to experience the bind of a wraithlike siren and underwater terror when SCREAM FACTORY™ unleashes indie horror thriller MERMAID LAKE OF THE DEAD, directed by Svytoslav Podgaevsky, on Blu-ray, DVD, digital, Redbox, and VOD. A must-have for horror enthusiasts and movie collectors, pre-order is available now at ShoutFactory.com
Once a young woman sent to a tragic and watery grave, she has since become something unholy. Cursed to swim the waters in which she met her untimely death, the mermaid has risen once again. This unspeakable wraithlike creature hungers for love — and has set her hook for Marina’s fiancé, Roman. The bond between Marian and Roman is steadfast and true. But if you spurn the mermaid, she’ll punish you and take from you that which you love most. Now locked in a desperate battle with pure, undying evil, Marina must overcome her fear of the dark water to save all that she holds dear from a terrifying fate.
MERMAID LAKE OF THE DEAD contains English and Russian audio tracks and English subtitles.
Shout! Factory will continue to present the on-going SCREAM FACTORY™ home entertainment series in 2019 with specific release dates, extras and key art. Meanwhile, fans are encouraged to visit the Scream Factory main website (www.screamfactorydvd.com), follow them on Facebook (www.facebook.com/ScreamFactoryDVD) and Twitter (www.Twitter.com/@Scream_Factory) or to view exclusive video content on YouTube (www.youtube.com/user/ScreamFactoryTV/Home
Share

Tags Mermaid Lake of the Dead