THE ISLE – Supernatural Thriller opens in Theatres on February 8th 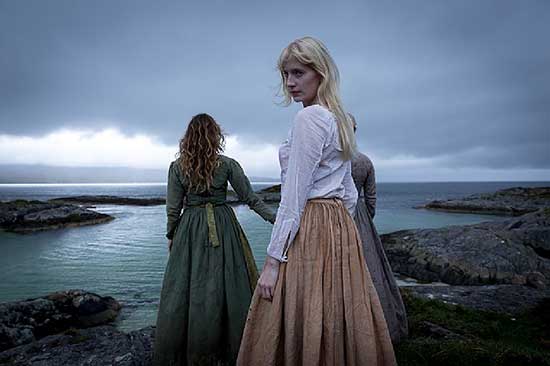 OPENING IN THEATRES ON FEBRUARY 8

Based loosely on Scottish ghostly folklore with inspiration from Greek sirens, the tale is set in 1846 on a remote island off the west coast of Scotland, where three survivors from a mysterious sinking of their merchant ship find themselves stranded on a small misty isle. The isle’s four sole secretive residents, an old harbor man, a farmer, his niece and a young mad woman, are anything but welcoming and reluctant to aid the sailors back to the mainland. The promise of a boat never materializes leading one of the sailors to question why people had abandoned the island. Through his investigation he discovers that every year around the same date a tragedy at sea would occur and young men from the island would perish. When his two shipmates meet with fatal accidents, the myth of a ghostly siren haunting the island leads him to try and uncover the truth.