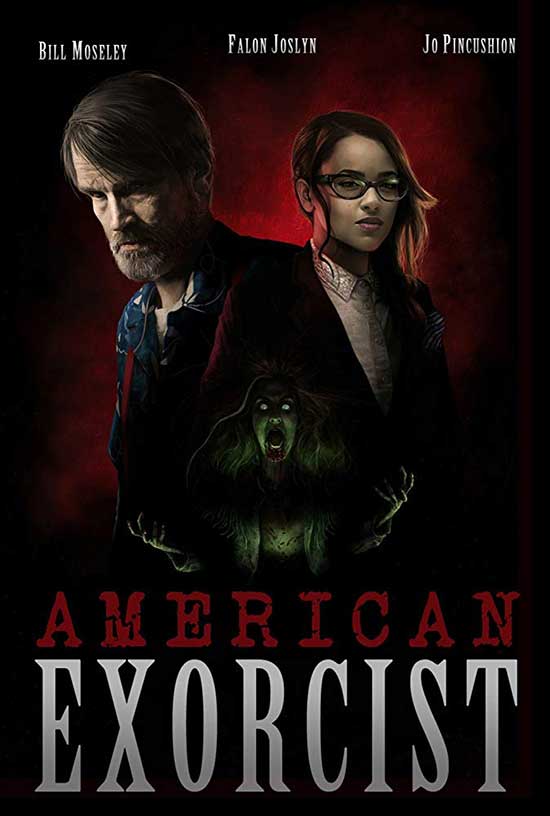 A paranormal investigator (mourning the loss of her sister who was killed during an exorcism) investigates a high- rise building on Christmas Eve only to find herself trapped and tormented by the evil spirits that reside there. Will she be able to make it out alive or will this be the last Christmas she ever sees?

I hadn’t heard a whole lot of great things about American Exorcist before I watched it, so I went into it not really expecting to be blown away or anything. I thought that it sounded like it may be somewhat interesting and a good way to kill 90 minutes or so but after everything was said and done all I can say is that while it isn’t horrible it is one of those movies that you watch once and then forget all about a couple of days later.

I liked the premise and thought that it was a good idea for the most part. We have this paranormal investigator checking out this old building where several terrible things took place in the past (including a suicide, a fire, and a shooting during a holiday office party). I thought that it sounded interesting and had potential to be quite good despite all the negative things I’d heard about it. While the plot of the movie may be promising, something obviously went wrong with the execution and I was rather underwhelmed in the end as a result. I think the biggest problem is that while the people behind the movie may have had a good idea, they didn’t really know what to do with it and it kept the movie from being as good as it could have been. Instead of an exciting, creepy movie about someone trying to avoid all the evil spirits that inhabit the building and making it out alive we get a rather boring little flick that involves her wandering around not really doing much of anything except being scared by jump scare after jump scare. It’s unfortunate because American Exorcist could have been something special had things been done a little differently.

I think another problem is that there just aren’t enough characters and things get very redundant and boring quickly. Most of the film involves the main character snooping around an empty building and running from apparitions. She doesn’t really interact face-to-face with anyone for most of the movie (other than toward the beginning) and most of her interactions are done via phone or walkie talkie after she gets to the building, which makes for some mighty boring scenes. I think that there should have been at least a few other people trapped in the building with her to make things a little more interesting because if nothing else at least they would have been there to get killed off (which is another issue I had with things because the body count is basically non-existent aside from the massacre that takes place in the opening scene). To me the entire movie just seemed like the exact same scene repeatedly (the main character wanders around different rooms, a ghost shows up and scares her and she runs away) it really could have benefited from having more characters in it to at least break up the monotony a bit.

I also wasn’t really feeling the big twist that takes place toward the end. It felt forced and didn’t quite work as well as the filmmakers wanted it to. To be honest, most viewers will see if coming a mile away and won’t quite be taken by surprise once it happens. I figured it out almost immediately and was really hoping that the people behind it would go a different route with it but sadly they didn’t and did exactly what I expected them to do with it (which is more than a little lazy if you ask me). I don’t want to give anything away but let’s just say that you won’t be shocked when the big reveal happens.

On the plus side the acting is decent, and I thought that the tiny cast did a very good job. Falon Joslyn is great as the main character and is just likable in general. I just wish that she had a better script to work with, but she does what she can with what she has to work with and does an excellent job despite it all. Genre legend Bill Moseley is top-notch as usual for the short amount of time that we see him. He doesn’t have a whole lot to do and only pops up a couple of times, but he is on it when we do see him. I wish that he had more screen time though as he is sort of wasted here and had he been in it more I think he would have made things at least a little better. 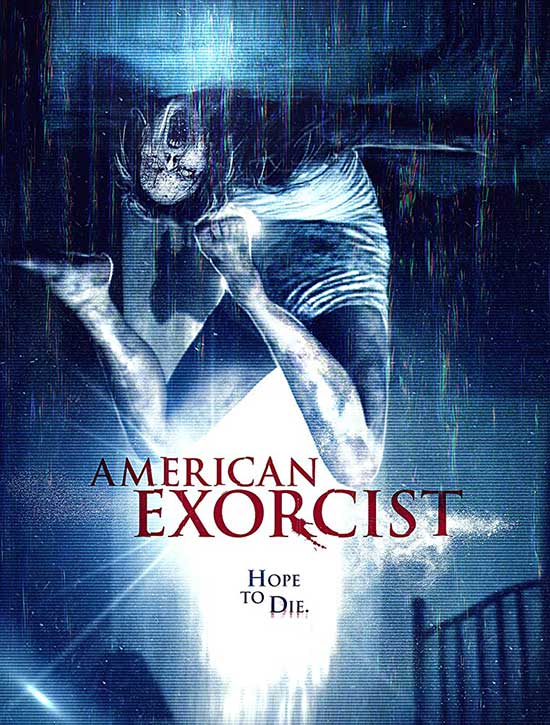 I thought that American Exorcist was just so-so. I didn’t hate it but would be lying to you if I said it couldn’t have been better. It has a ton of issues (such as the sound, why is the music so loud at times it drowns out what the characters are saying?) that are hard to ignore that hurt it in so many ways. To be honest I think that it would have made a better survival horror video game than a movie and I have a feeling that a lot of viewers will feel the same way. I can’t really say that you should rush out and see it as soon as possible or anything, but if you are looking for a Christmas-themed horror film and are tired of watching the original Black Christmas and Silent Night, Deadly Night this year during the holidays give it a shot if you’re curious. Just don’t expect to be amazed by it and you might just enjoy it.