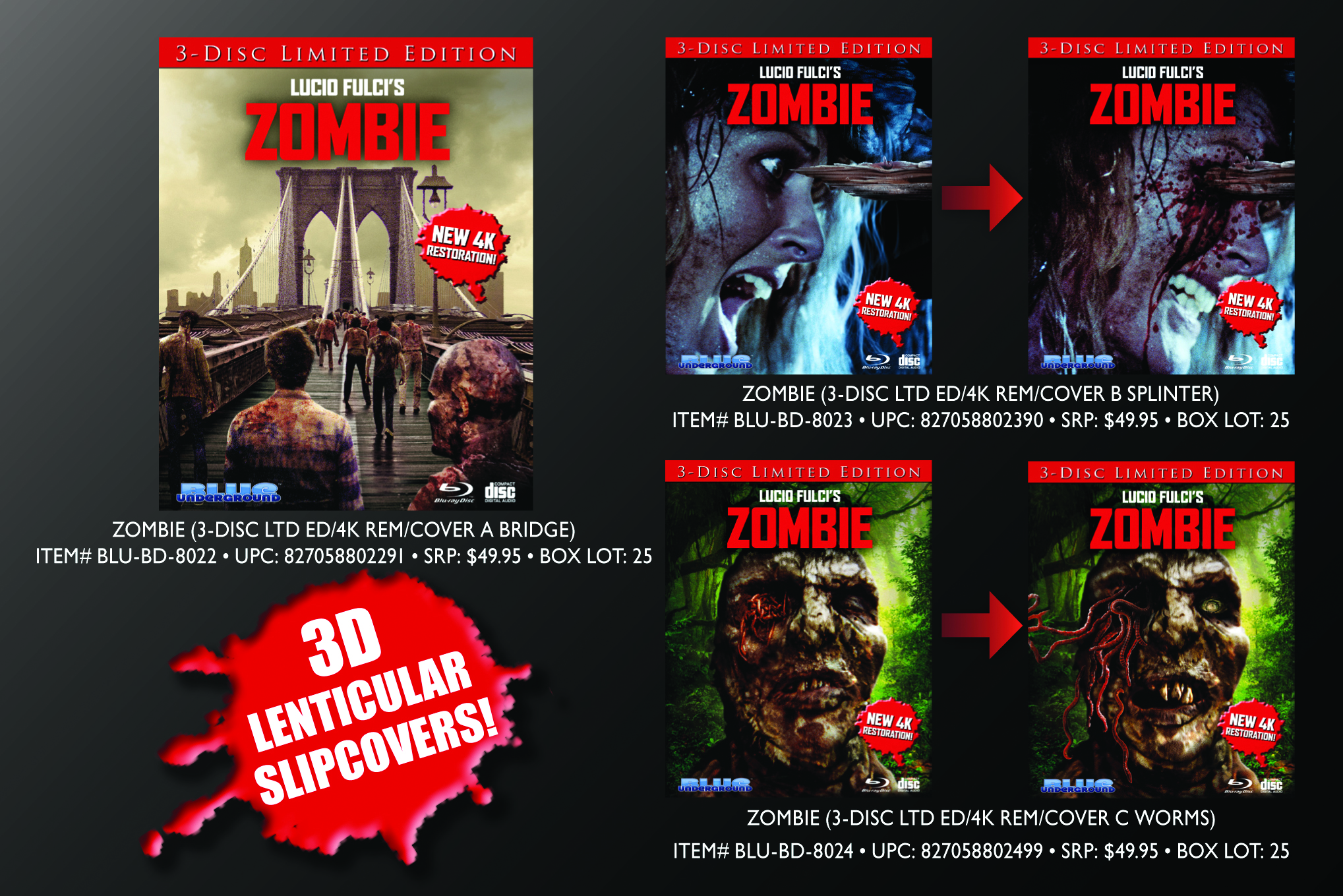 Just in time for its 40th Anniversary, Blue Underground is proud to present ZOMBIE in a brand-new 4K Restoration from the original uncut and uncensored camera negative.

In Italy, it was considered the ‘unofficial sequel’ to DAWN OF THE DEAD. In England, it was known as ZOMBIE FLESH EATERS and banned as obscene. In America, it was called ZOMBIE and advertised with the depraved tag line “WE ARE GOING TO EAT YOU!”

Tisa Farrow (THE GRIM REAPER), Ian McCulloch (CONTAMINATION), Al Cliver (CANNIBALS), and Richard Johnson (THE HAUNTING) star in this worldwide splatter sensation directed by ‘Maestro Of Gore’ Lucio Fulci (CITY OF THE LIVING DEAD, THE HOUSE BY THE CEMETERY) that remains one of the most eye-skewering, skin-ripping, gore-gushingly graphic horror hits of all time.

This is a ZOMBIE release like never seen it before, bursting at the seams with hours of new and archival extras. It includes the Original Motion Picture Soundtrack CD by Fabio Frizzi (with an exclusive bonus track), a collectible booklet with a new essay by Stephen Thrower, and a ton of other killer bonus features. A complete list is below…