Home | THE QUEEN OF HOLLYWOOD BLVD coming to theaters (October 12), On Demand (October 16)

THE QUEEN OF HOLLYWOOD BLVD coming to theaters (October 12), On Demand (October 16)

THE QUEEN OF HOLLYWOOD BLVD 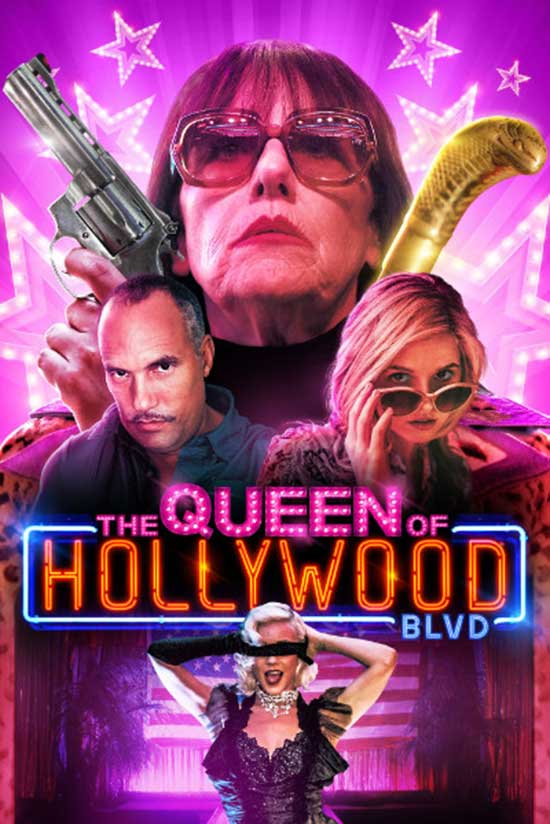 Film, starring Rothschild as a strip club owner who finds herself over her head when a twenty-five-year-old debt to the mob comes back to haunt her, premiered at the Boston Underground Film Festival earlier this year. It has been likened to Tarantino crime classics ‘’Pulp Fiction’’ and ‘’Jackie Brown’’.

“Director Orson Oblowitz’s feature debut is a wild ride through the underbelly of Los Angeles, blending genres in a shocking fashion and firmly establishing himself as a new promising talent” said Dark Star Pictures President Michael Repsch. “Playing like a lovechild of John Waters and Quentin Tarantino, The Queen of Hollywood Blvd. will resonate with audiences for years to come.”

“We are really excited to have found a home at Dark Star Pictures for The Queen of Hollywood Blvd”, says writer/director Orson Oblowitz. “Michael Repsch is a true lover of film, devoted to getting great cinema to the masses and we knew with our movie it needed a distributor that was going to nurture it, as well as help set it apart in a saturated market place, Dark Star is that company.”

Playing over the film’s entrancing visuals of L.A is an electric soundtrack featuring such artists as Jimmy Lee, Lee Williams & The Cymbals, The Lovettes and Arlando King & The Earthquakes.

The film, also starring Ana Mulvoy Ten, Roger Guenveur Smith and the late Michael Parks (‘’Kill Bill’’, ‘’Red State’’) in his final film appearance, has its L.A premiere this week at Beyond Fest.

“The Queen of Hollywood” Blvd theatrical release begins October 12 in Los Angeles; the film will be available On Demand October 16.

Synopsis: On her 60th birthday, Mary (Rosemary Hochschild) finds her past coming back to haunt her, as a 25-year-old debt means the mob is ready to collect with interest, their sights set on the strip club she has run all her life. There’s only one thing she can do: Mount her defenses and stand her ground in a spiral of violence and revenge that will leave no one in her life untouched.

Tags The Queen of Hollywood Blvd