TAKE BACK THE KNIFE – Upcoming Screenings

TAKE BACK THE KNIFE ANNOUNCES THE BEGINNING OF THE
TAKE BACK THE FILM TOUR AHEAD OF THE FILM’S HALLOWEEN RELEASE. 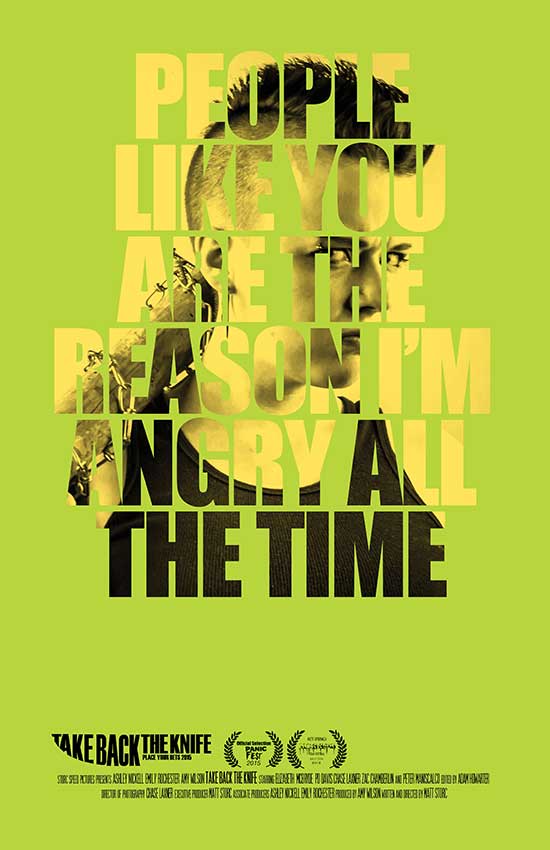 What happens after you survive a scary movie? Could you survive again if you were thrown back into the horror you so narrowly just escaped? Chicago-based horror filmmaker Matt Storc is proud to announce the TAKE BACK THE FILM TOUR, for the film TAKE BACK THE KNIFE, which kicks off on Monday, September 24th, 2018 in Washington, DC.
TAKE BACK THE KNIFE is a feature length horror film with a feminist point of view. After surviving separate gruesome incidents, three girls help each other adapt and cope with the scars that were left behind by the slashers, psychopaths, and monsters from their pasts. When a relaxing weekend getaway is interrupted by a crazed stalker, tensions rise as the three fall back into the hell they tried to forget. This time however, they would rather spill blood than run from their demons. Who will make it out alive? TAKE BACK THE KNIFE is a comic book inspired tribute to all the final girls of slasher movie past. It’s a candy-colored, punk rock film that aims to take you on a wild ride. 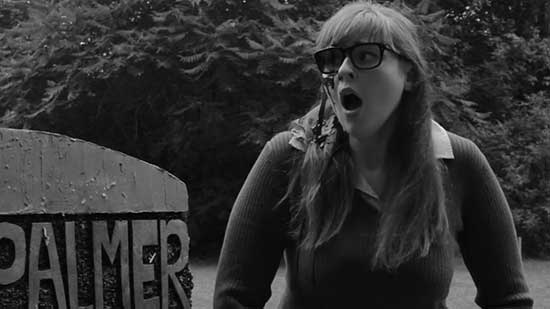 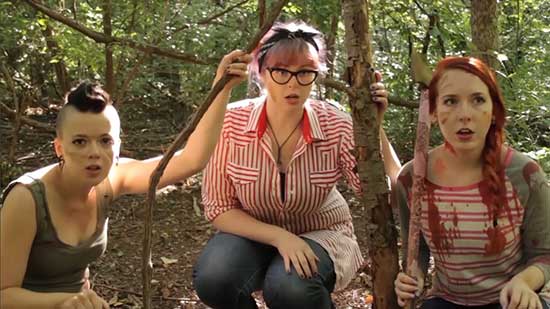 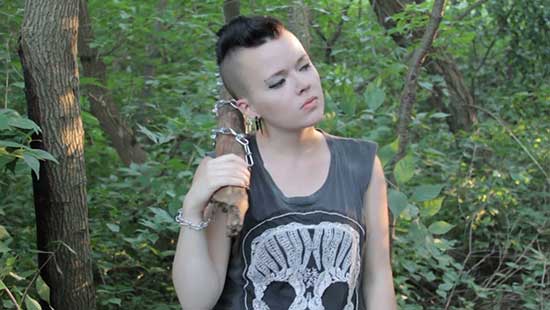 The film began shooting in 2013 as a labor of love between a small group of filmmaker friends who put in blood, sweat, and tears to get the film completed. The film was finally completed in 2015. After screening at Panic Film Festival in Kansas City, MO, Hot Springs International Horror Film Festival in Hot Springs, AR, Action on Film Festival in Los Angeles, CA, and Sinema Obscura in Chicago, IL, the film received distribution on DVD and Blu-Ray at the end of 2016. However, the distributors ran off with the film and quietly folded, leaving the movie mostly unseen for over year and a half. Finally, after some long battles, the filmmakers have regained the rights to the film and decided to take it on the road for the TAKE BACK THE FILM TOUR.
The first stop of the tour will be screening with the Washington Psychotronic Film Society in Washington, DC on Monday, September 24th, 2018 at Smoke & Barrel at 7pm. The next stop will be at Siouxpercon in Sioux Falls, SD on Saturday, September 29th, 2018 for their midnight screening. More stops on the tour will be announced soon.
TAKE BACK THE KNIFE is scheduled to be available to stream on Amazon Prime this Halloween.
Share

Tags TAKE BACK THE KNIFE