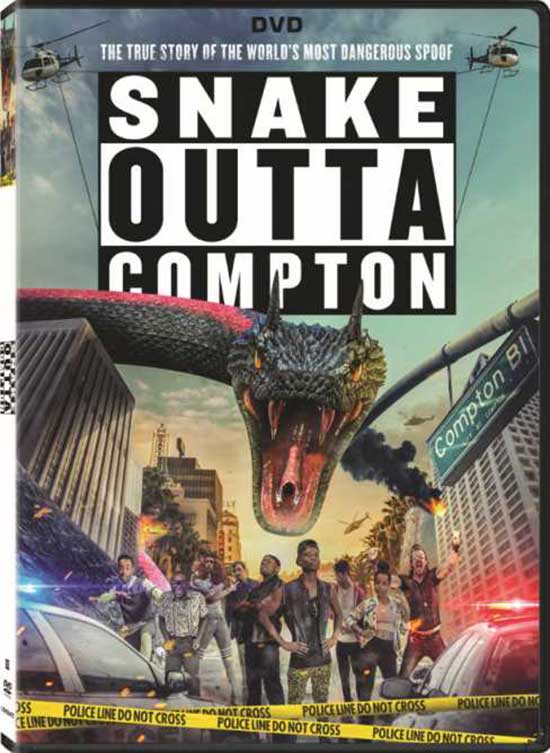 Expect the unexpected when Snake Outta Compton arrives on DVD, Digital and On Demand October 23 from Lionsgate.

A young rap group suddenly finds themselves up against a giant, mutated snake that threatens to destroy their search for stardom! Aided by two corrupt cops, a crazed gangster, and a mad scientist, the band has one thing to do before getting the record deal they need – get that motherf–in’ Snake Outta Compton! Prepare yourself for dope beats, unfriendly fire, and the biggest, nastiest snake you’ve ever seen in this outrageous hiss-terical comedy. Snake Outta Compton will be available on DVD for the suggested retail price of $19.98.

It’s a great day in South Central: Cam and his hip-hop crew are all set to sign a record deal that could change their lives. But their jealous friend Vurkel wrecks their plans when he creates a giant, mutant snake that quickly lays waste to the city of Compton, eating everyone in its path. Soon Cam, Pinball, Neon, and Beez Neez cook up a crazy scheme to stop the monstrous, munching menace—blow it away it by pumping up the jams! This horror-comedy is alive with laughs, thrills, and dope beats.