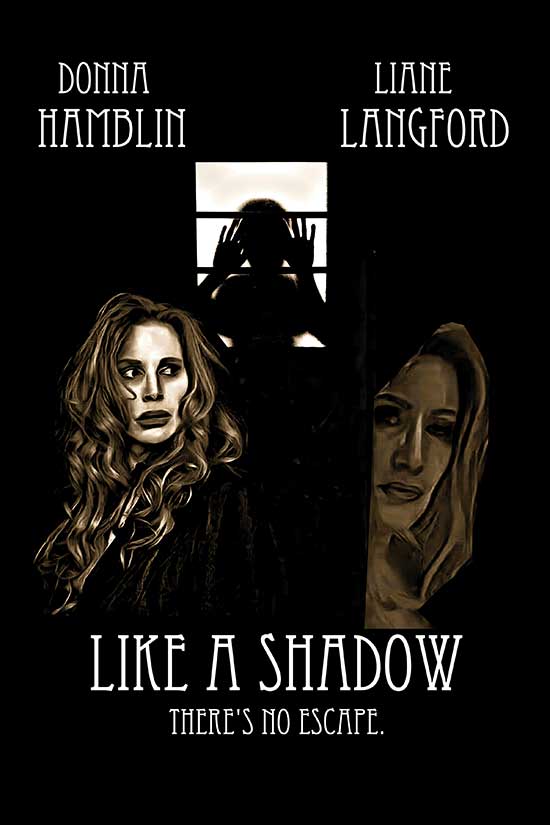 The team at MSR Studios is back with a new spine tingling tale woven together by two creative minds familiar with the genre that lurks under your bed and goes bump in the night. Actor/writer Luc Bernier (A Blood Story, The Krampus Carol) has teamed with Independent horror director Michael S. Rodriguez (Last American Horror Show, Lake of Shadows) to bring you Like a Shadow. Bernier is the originator of the story with Rodriguez lined up to adapt and direct with Indie horror favorite Liane Langford (Beach Massacre at Kill Devil Hills, Meathook Massacre 3: First Hunt) co-starring and executive producing.

The project is a paranormal thriller slated for production in late September of 2018 with stars Donna Hamblin, Liane Langford, Geovonna Casanova with a special appearance by Horror Icon Lynn Lowry (Shivers, The Crazies) attached. The film follows two women having a ladies night in when terror strikes in the form of an unwanted visitor. A struggle to survive ensues, leaving one person dead…Or so it is thought.

Michael S. Rodriguez- I always try to test my range and abilities with sub-genre projects. When the story was brought to me I couldn’t help to think of the noir films of yesteryear and the potential of taking the script to a dark and moody place. I, along with my Director of Photography David J. Bailey (Lamb Feed, Lake of Shadows) have agreed to shoot this entirely in black and white with intent to recapture a rhythm and style of movie not seen in some time.