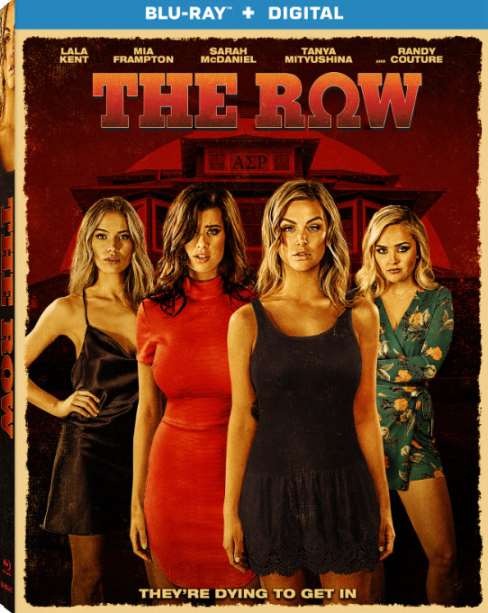 The edge-of-your-seat thriller The Row arrives on Blu-ray™, DVD, and Digital September 25 from Lionsgate. The film is currently available On Demand. Horror comes to campus in this modern take on the classic slasher film. As Riley (Lala Kent) and her best friend, Becks (Mia Frampton), begin their freshman year of college, they consider joining a sorority. But when the mutilated body of a student is found, everything changes. Riley’s father Cole (Randy Couture), a detective, takes it upon himself to investigate the murder in an effort to protect his daughter before it’s too late. The Row will be available on Blu-ray and DVD for the suggested retail price of $21.99 and $19.98, respectively.

OFFICIAL SYNOPSIS
The anxiety of rush week turns into sheer terror when sisters of a sorority are slain — and turned into dolls — by a serial killer. New pledge Riley (Lala Kent, “Vanderpump Rules”) and her best friend, Becks (Mia Frampton), must endure late-night hazing rituals as the murderer watches and waits. Can Riley uncover the terrible secret shared by her cop father (Randy Couture, The Expendables franchise) and deceased mother, a former Phi Lambda sister, before becoming a victim herself? This frantic horror tale also stars Dylan Sprayberry and Colin Egglesfield.