LAKE PLACID: LEGACY, the sixth installment of the wildly popular franchise, finds a team of young explorers who set out to reveal the secrets of an abandoned scientific facility. They discover its horrific legacy: the island is home to a deadly predator eager to feast on those who ignore the warnings. However, before they can turn back, they are dragged into a battle for their lives — and will need to work together if they hope to survive. Directed by Darrell Roodt (Dracula 3000), LAKE PLACID: LEGACY stars Katherine Barrell (Wynonna Earp), Tim Rozon (Wynonna Earp), Joe Pantoliano (The Matrix), and Sai Bennett (Close to the Enemy). LAKE PLACID: LEGACY debuts on digital and DVD September 4 by Sony Pictures Home Entertainment. 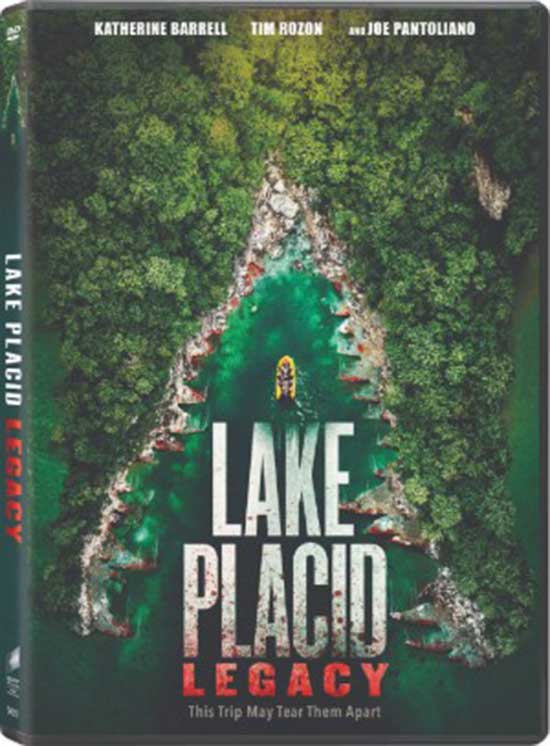 Synopsis:
When a group of young explorers venture to a mysterious lake, they discover an island harboring an abandoned lab facility with a horrific legacy: the island is home to a deadly predator. Before they can turn back the crew gets dragged into a battle for their lives – former enemies will quickly need to put their egos aside and work together if there is any hope for survival.

Directed by Darrell Roodt and written by Jonathan Lloyd Walker from a story by Walker, Jeremy Smith and Matt Venables, LAKE PLACID: LEGACY was produced by Lance Samuels and co-produced by Adam Friedlander and Daniel Iron.

LAKE PLACID: LEGACY has a run time of approximately 90 minutes and is rated R for creature violence and related gore.