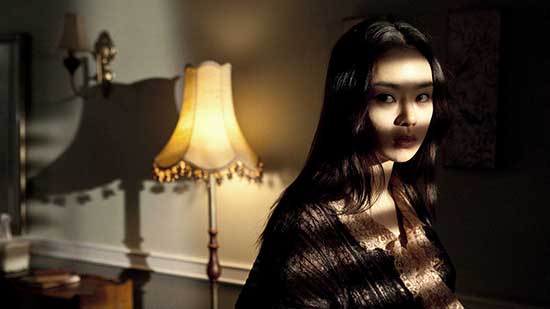 All CJ Entertainment genre films, both English-language, as well as local-language Asian movies, will be released under 413 Pictures going forward.  The label will have a broad appeal to both Asia and Western markets as its contents will incorporate horror elements from both cultures.

Joel David Moore (“Avatar” franchise) is directing “Hide and Seek” – a remake of the hit Korean social horror-thriller written and directed by Huh Jung and released to wide critical and commercial success in 2013. The movie builds upon themes related to the widening gap between the upper 1% and the lower class.  As population in urban areas balloon and real estate prices skyrocket, lower-income segments of society are finding themselves continually getting pushed out. This film explores the question of “what if” when those left marginalized decide to take matters into their own hands.

“The Housemaid” is an English language remake of Vietnam’s highest grossing horror film of all time. Academy Award® winner Geoffrey Fletcher is writing the adapted screenplay for CJ and 413 Pictures. The original “Housemaid,” directed by Derek Nguyen, was a massive hit with a story that explores racial and social themes through a period/romance/horror film. The remake stays true to this concept, taking place in the deep South during the Reconstruction Era.

The movie pipeline for 413 Pictures will be fully loaded as parent CJ Entertainment plans to develop, produce and finance 2-4 English-language genre films a year, along with 4-5 local-language Asian genre films a year for the label. The label is working on both original projects and remake projects and is interested in working closely with talents who have original ideas for genre films. The focus will be on elevated thriller and supernatural horror films.

CJ has been expanding mightily in Southeast Asia, making local-language films that have connected with local audiences and spurred strong box office performance. Given the success of this tailored business model, CJ has remained aggressive in pursuing local-language productions and currently has a number of films in development across territories throughout Southeast Asia, including Indonesia, Thailand, and Vietnam, that will be released over the course of the next two years. These include the Thai horror film “A Portrait of a Beauty.”

“Portrait of a Beauty”, which will go into production at the end of this year and be released in 2019, is being financed and produced by CJ Major Entertainment, a joint venture between CJ ENM and Major Cineplex Group, Thailand’s largest cinema company. The adapted version will be written by Eakasit Thairaat, one of the most prominent horror screenwriters in Thailand (“4BIA,” “13 Beloved”).  It will mark the feature debut of Surapong Ploensang, one of the top commercial directors in Thailand.

The company’s move to launch the standalone genre label 413 Pictures comes at a time when horror films, in particular, are drawing audiences to theaters in record numbers worldwide, and reinforces CJ Entertainment’s commitment to strengthening its leadership position in global feature film productions and targeted local-language films.

Said Francis Chung, “Our vision for 413 Pictures is to produce unique and original genre films, globally and locally, as well as identifying and evaluating IP that can be remade in other territories around the world.”

Francis Chung added, “Beyond the tremendous commercial upsides to having a dedicated, branded genre label, an important aspect of 413 Pictures will be to discover and nurture emerging genre voices in Asia for both local and US markets.”

2018 has been a very active year for CJ Entertainment. In addition to closing the aforementioned deals with Geoffrey Fletcher for “The Housemaid” and Joel David Moore for “Hide and Seek,” the company optioned rights to the haunting, non-fiction best-selling book, “The Vanished” and signed Academy Award® nominee Phyllis Nagy to direct and write; and closed a deal with Drake Doremus to direct the internally developed “Aurora” –.a sweeping romantic drama with a supernatural element and a big “what if” question at its core, which Salvador Paskowitz is writing.