NEW TRAILER FOR EUTHANIZER
IN THEATERS AND VOD THIS SUMMER 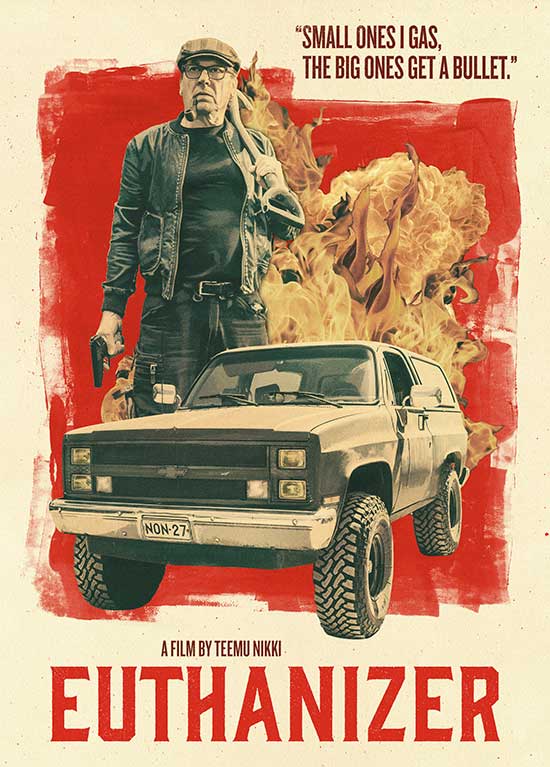 riter/director Teemu Nikki’s Euthanizer injects into theaters this July, and August on VOD, via Uncork’d Entertainment.

A film that “keeps you on your toes” (Cinema Scope), Euthanizer provides “a film experience completely different than you’d find in mainstream cinema” (Birth.Movies.Death).

Veijo runs a black-market operation euthanizing people’s ailing pets to make extra money. It is clear he has dark secrets, but only after meeting a young nurse and a seedy mechanic (who’s mixed up with a vicious gang of neo-Nazis) that Veijo’s carefully balanced, albeit deranged, life begins to show cracks. Things turn to the extreme when Veijo does not finish a job he was paid to and his client finds out…in this grungy exploitation throwback.

A “great addition to – and a new take on – the current wave of grungy exploitation independent cinema” (The AV Club), Euthanizer combines horror and humor like never before. Prepare yourself for the film experience of the summer.

Euthanizer will play in L.A theaters (other cities to be announced) from July 20, with a VOD release set for August 7.