Albert Pyun is an award-winning American filmmaker and director whose contributions to the film industry are substantial, particularly in the science-fiction and action genres. Pyun, in fact, is credited with pioneering the cyborg sub-genre. With over 50 titles to his name, he has enjoyed a prolific career spanning more than 30 years.

Pyun’s first film, The Sword and the Sorcerer (1982), was the highest-grossing independent film of 1982, earning $36,714,025 in the US. (In today’s dollars and movie ticket prices, the earnings would be well over $100 million.) The film’s box-office power led to Pyun being attached to various large sci-fi projects, including Total Recall (1990.) The success of the film made Pyun a much sought-after director by several studios. His follow-up film was the post-apocalyptic sci-fi Radioactive Dreams (1985), which cemented Pyun’s reputation for being an edgy and creative filmmaker. The 1980s was a highly productive decade for him, with the release of Dangerously Close (1986), Vicious Lips (1986), Down Twisted (1987), Alien from L.A. (1988), Journey to the Center of the Earth (1988), Cyborg(1989) and Deceit (1990). 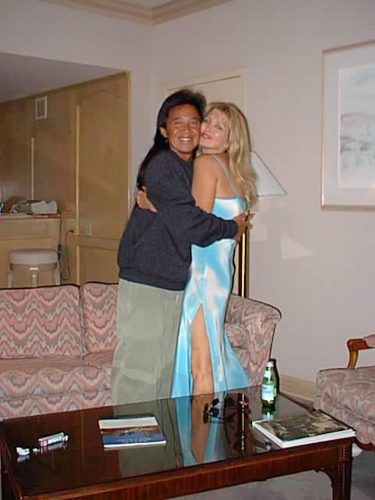 Pyun’s affiliation with Cannon Pictures led him to direct more films for the company than any other filmmaker, and his involvement with “Spider-Man” and “Masters of the Universe 2” is legendary. When both films were canceled mid-way into their productions, Pyun devised a breakneck strategy to combine the sets and costume designs from both to salvage lost money and deliver a single stand-alone film. The result was Cyborg (1989), which opened in 1989 as the fourth highest grossing film in America. It grossed $10,166,459 and gave Jean-Claude Van Damme his Hollywood superstar status. Here again, the picture’s gross in today’s dollars and movie picket prices would be over $30 million.) 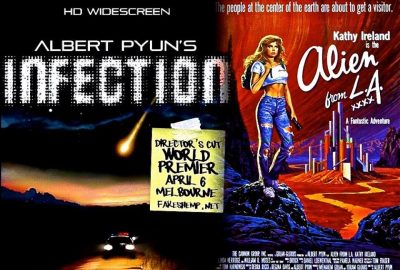 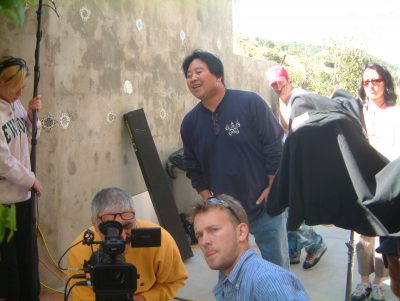 The 2000’s marked a new era for Pyun. He moved away from the independent studio system and began making independent films by way of self-funding and outsourcing. While his budgets were drastically reduced, his creativity rose to new heights. Those film followers familiar with his career agree that since the year 2000, Pyun’s films have been far more audacious and personal, none more so than his 2008 film Road to Hell. Inspired by Walter Hill’s classic Streets of Fire (1984), the film acts as a spiritual sequel, presenting the two protagonists in an alternative future. Michael Paré and Deborah Van Valkenburgh reprised their roles of Tom and Reva Cody, and their characters are pitted against a vibrant and surreal purgatory landscape. The film has enjoyed a steady run on the festival circuit and is slated for a home-entertainment release. Other notable films from this decade include the stunning one-shot horror film Invasion (2004) (aka “Infection”), the brutal drug trade thriller Bulletface (2010) and the long-awaited Abelar: Tales of an Ancient Empire (2010), a follow up to “The Sword and the Sorcerer.” 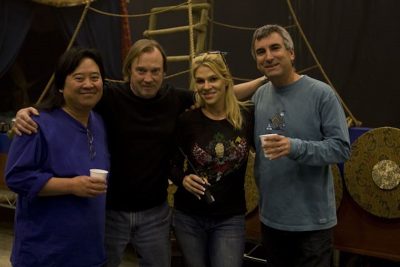 The 2010s proved to be a difficult time in Pyun’s career due to declining health, causing difficulties getting a major project financed and released. His film Cyborg Nemesis: The Dark Rift was shot, but remains unfinished due to pending post-production issues. 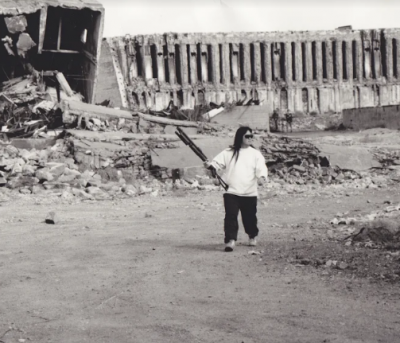 Pyun’s health took a turn for the worst in 2013, when he was diagnosed with MS and early onset dementia. Though MS diagnosis was proved to be inaccurate, the effect of illness took an emotional and physical toll on Pyun, and in mid 2013, he announced his retirement. Following a brief hiatus, he concluded that his best remedy was filmmaking, and he made a triumphant return with The Interrogation of Cheryl Cooper (2014). While he endured medical tests and treatments, the film had an incredibly fast turnaround and was written, shot and completed within a matter of weeks. The story line was a direct follow-up to “Invasion” and continued the one-shot concept. It was entirely filmed over the course of a single day and showcased Pyun’s ability to think outside the box, both practically and creatively. 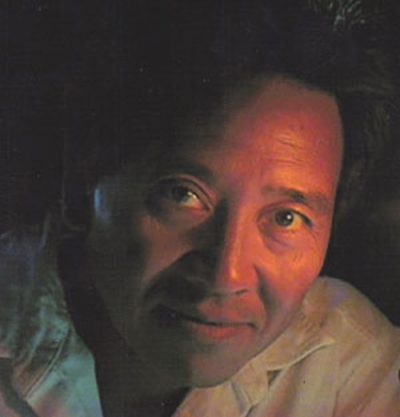 In 2015 Pyun attempted to develop various other projects, while maintaining ongoing treatment for his illness. He attributes his relationship with his fans as a driving force in fighting his illness, and he shares his medical journey with them, on Facebook, almost every step of the way.

November of 2015 saw the release of a conceptual teaser trailer for a brand-new film titled “Star Warfare Rangers” and the “Cyborg Witch of Endor” (later retitled Interstellar Civil War: Shadows of the Empire (2017)). Having evolved from various attempts to revive his “Cyborg” saga, the film is set to be an original story detailing the search for a missing Cyborg child. The film will mark Albert’s 33rd collaboration with his long-standing composer Tony Riparetti and boasts an impressive cast including Brad Thornton, Glenn Maynard, Ellie Church, Tommie Vegas, Shane Ryan and Morgan Weisser, among others. 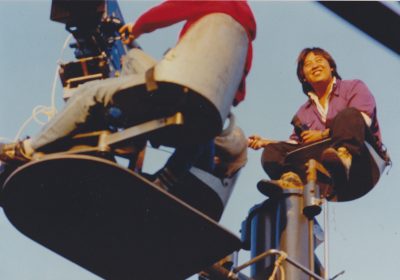 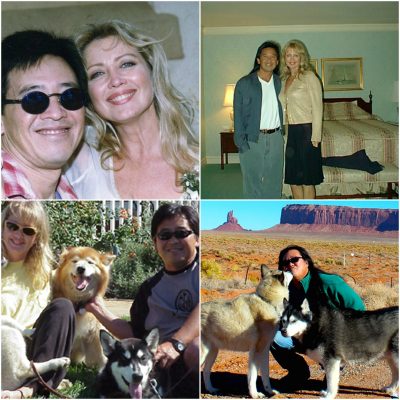 Pyun lives in Henderson, NV, with his beautiful wife and producer, Cynthia Curnan, and their three dogs, BuBear, a big black Newfoundland, Chibu, a big gray and white Alaskan Malamute, and Tessie a small black and white Malamute. The Pyuns are currently at work on their latest collaboration, “Bad Ass Angels and Demons.” The storyline involves the ultimate battle between good and evil in the end of days. Led by a young hero, played by newcomer Shannon Haffa, the Bad Ass Angels fight the Demons from hell to establish the dawn of a new generation for Planet Earth. 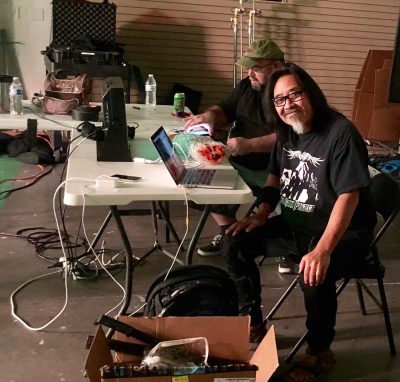 Notes the legendary director, “I need to promote ‘Bad Ass Angels & Demons” to the world. In order to do this in a manner that communicates my vision for the project, I have created a campaign which consists of a poster, character posters, post-apocalypse costumes and CG effects. A twelve minute teaser explains the concept, the look and the quality ambitions of the project, entailing a feature pilot to a web mini-series.” Look for it on www.badassdemons.com and www.facebook.com/Badassangelsdemons/ 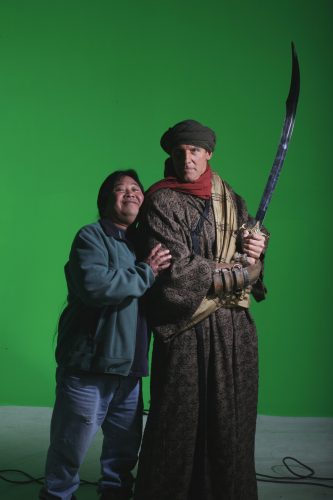 “Bad Ass Angels and Demons,” will be directed by Pyun and is co-written by him and Cynthia Curnan. Zach Muhs and Jean-François Theriault are the film’s executive producers.
Albert and Cynthia plan to start shooting on the big island of Hawaii, including scenes in the lava beds, and then move to Australia and Canada in late 2018.

Albert Pyun and Cynthia Curnan are two of the hardest working names in the film industry. Working outside of the studio system they fight for independent cinema and are never without a project in the works… often several. Cynthia is regularly credited as writer and/or producer on Albert’s films. It became obvious that for almost 20 years she has played an integral part in his career 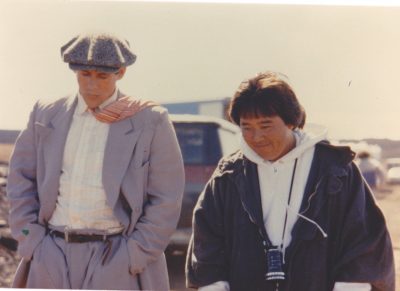 When Cynthia first met Albert in 1997, she worked as a psychotherapist in a Los Angeles private-practice with clients largely in the industry on both sides of the camera. “I heard stories that made me vow never to step into the business myself,” says Cynthia. She continues, “The industry appeared to be mean, ruthless and inhuman…and that was just for starters!”

Albert and Cynthia married on February 5, 2014. Cynthia began her filmmaking career by assisting Albert in small ways that continued to grow. Eventually, Cynthia was writing and producing and experiencing the “misery” first hand. That said, when she is in the creative periods of filmmaking, she says that “nothing compares in terms of invigoration and exhilaration.” Albert and Cynthia have collaborated on a multitude of film projects, and have no plans of stopping anytime soon! 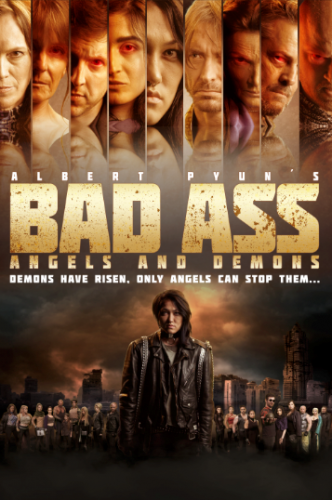 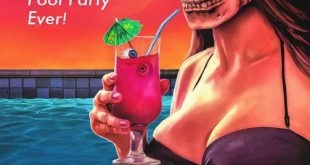