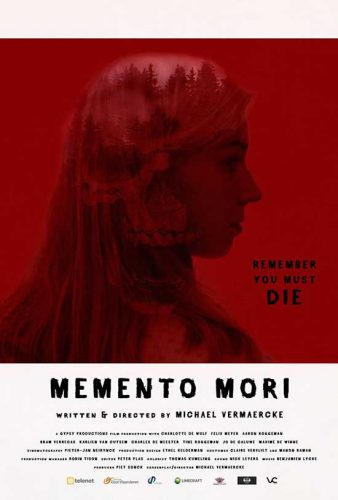 Directed by Michael Vermaercke, MEMENTO MORI is about a teenage girl who’s stuck in a dream circle, reliving key moments of a traumatic event that happened during a pool party that turned into a nightmare ripped from David Lynch’s imagination. MEMENTO MORI is the first feature movie helmed by Vermaercke, a young filmmaker from Flanders who has directed various short movies, the latest of which, THE DISTURBER, won the first prize at the International Vampire Film Festival in Transylvania in 2016. The movie has been presented at the last edition of the Cannes film market by sales agency EuroObscura.

Memento Mori is a psychological horror thriller about a teenage girl who’s stuck in a coma, reliving key moments of a traumatic event. In the process of coping with her trauma, we discover piece by piece what has happened the night before at a pool party. Memento Mori is YOLO … gone terribly wrong