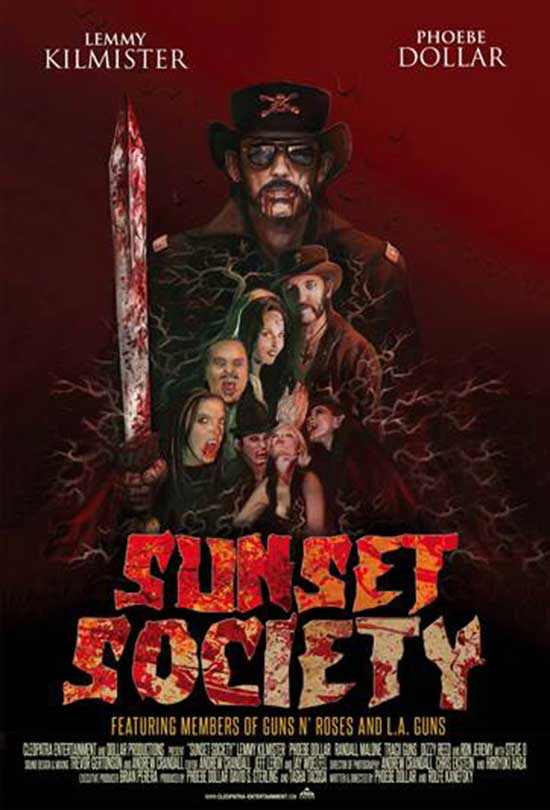 Welcome to the Sunset Society, a secret organization in Hollywood where parties are held, musicians gather and blood flows freely! Ace (Lemmy from “Motorhead”) is the head vampire in charge who likes to keep the fun going while keeping the profile low. However, due to a few rebels in his midst, humans are starting to catch on to his vampire ways. In an attempt to keep a lid on his organization, Ace enlists the help of Frankie (Ron Jeremy), Sophia (Phoebe Dollar), and Mr. Cross (Robert Donavan) to stop the leak of information.