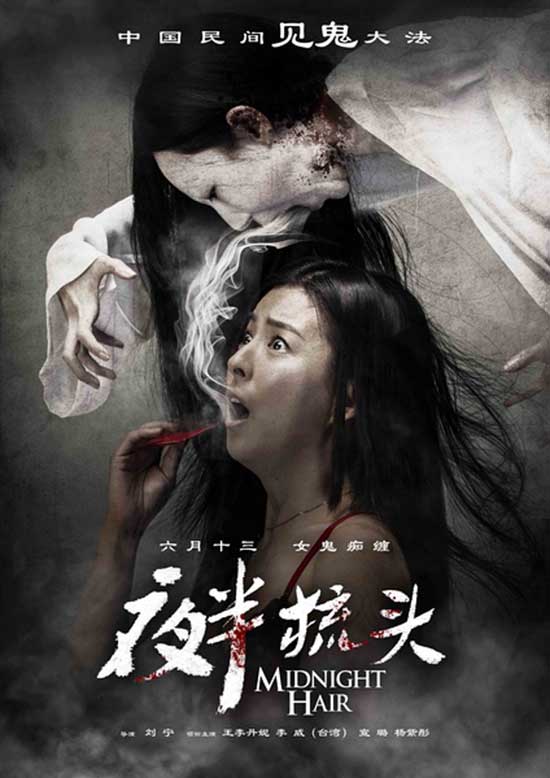 Midnight Hair is a Chinese horror thriller by the director Liu Ning. It starts as what seems like a bog standard haunted house movie, but changes pace towards the end morphing into a crime mystery.

So, a young couple, A Mu (Wei Lee) and his wife Xiaomei (Daniella Wang) move into a mountain villa owned by A Mu’s friend. Soon (and I do mean soon) the happy couples humdrum lives are interrupted by a ghostly figure lurking around their new home. Xiaomei is understandably frightened, A Mu not so much, as he reckons there’s no such things as ghosts and puts the eerie happenings down to his wife’s pregnancy addled brain. At the same time A Mu is seeing things on his own but keeps this a secret from everyone.  Sound familiar yet?  It should, seeing that Midnight Hair has no original ideas of its own, but seems to have borrowed much of its ideas from such films as What lies beneath (2000), Gothika (2003) and Stir of Echoes (1999), just to name a few.  Unfortunately, unlike these semi successful thrillers, Midnight Hair fails to pull together it’s numerous and progressively silly plotlines into any kind of cohesive whole and just ends up as a major wreckage of a film. 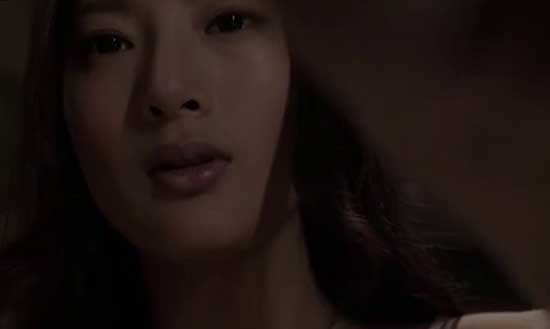 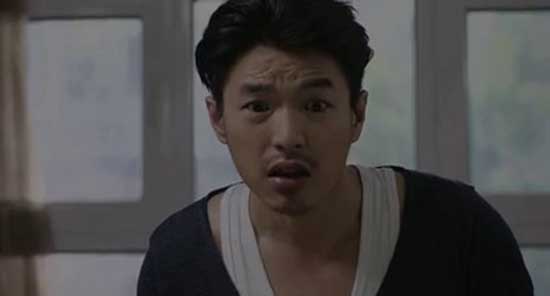 Most substantial problem with Midnight Hair is the complete and utter absence of suspense; a pretty cardinal sin for a thriller. This is the sum of many parts, one of the biggest one being the rather cheesy acting. Both A Mu and Xiaomei are some of the most wooden characters I have ever seen on film and chemistry between this supposed married couple is simply non-existent. Whether this was a problem with the direction or with the actors themselves, it’s hard to know, but I’m guessing it was not Daniella Wangs idea to make her pregnant character constantly flounce around with her rather ample cleavage on display.

Skimpy outfits to one side, Wangs performance is unconvincing in general. It’s incredibly hard to try to get a grip of what kind of a character Xioamei is supposed to be. It almost feels like Wang does not quite know what frightened looks like and is simply mimicking something she’s seen in other horror films. Unfortunately, Wangs counterpart, Wei Lee, does not do much better. All the same problems are there, only in a different form. We are supposed to believe Lee as a madman spiralling down into further insanity, but he merely comes across as slightly dull and somewhat chauvinistic young man, with some very old-fashioned ideas about pregnant women.

The next considerable issue is with the scares themselves. Poor A Mu and Xioamei have hardly gotten their suitcases unpacked when they are already confronted with their spectral counterpart. These ghostly encounters continue to happen at a very accelerated pace and together with WAY too many fake scares (as in, the thing making a weird noise turns out to be a cat etc.) and almost constant suspense score playing in the background, there is not very many chances for building up the tension. The scares themselves are also incredibly predictable and any seasoned horror fan (and probably not so seasoned alike) can see them coming miles away. 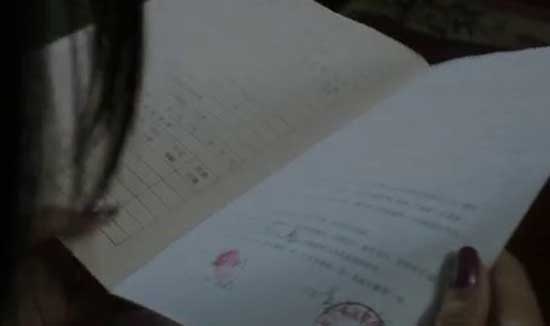 Then there is the plot. The needlessly over complicated mess of a plot. I am not going to bother trying to explain it all, since by the end of the film, it has so many unnecessary twists and turns that I started to lose interest in it. I will say this though: taking all your favourite curveball moments from other suspense films and cramming them all into the same storyline, does not a good thriller make. Besides this there is several little details that are made to seem important to the plot, but in the end turn out to be nothing necessary, or in some cases are not explained at all. Some might argue these things to be so called red herrings, but I for one don’t believe Midnight Hair to be intelligent enough film for such things. Instead they are just a desperate attempt to add more mystery to the already overcrowded storyline. 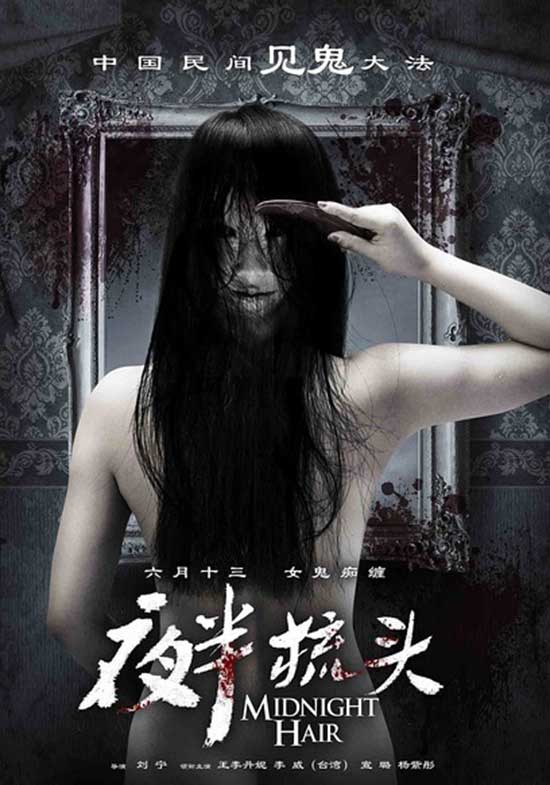 I wish Midnight Hair could have at very least been bad enough to go back being good again, because at least then I could have enjoyed it on a different level. Regrettably this was not the case. On more than one occasion I found myself shaking my head in disbelieve and burying my face in my hands, and certainly not out of fright. It’s a film that tries very hard but fails to deliver. If you’ve never seen another supernatural thriller in your life, you could maybe get some enjoyment out of it (if you can keep up with the plot that is). Otherwise I wouldn’t bother.