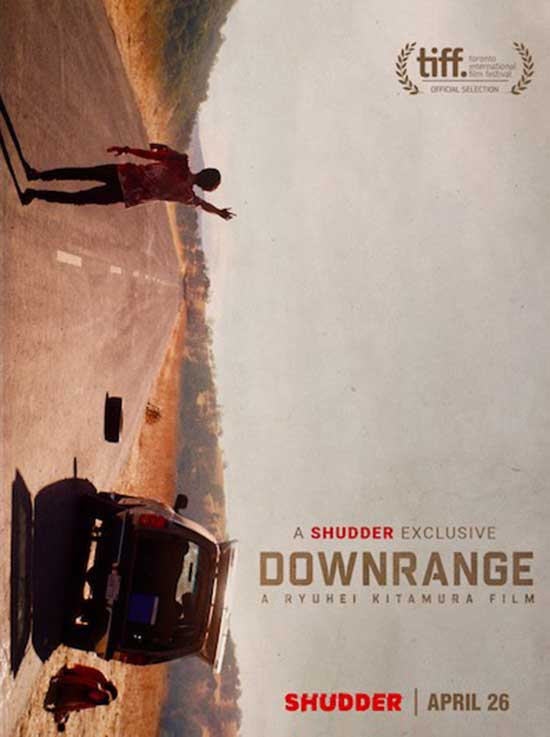 Six college students are carpooling cross-country when one of their tires blows out on a desolate stretch of country road. Getting out to fix the flat, they quickly discover that this was no accident. The tire was shot out. With their vehicle incapacitated, the group is pinned down and mercilessly attacked by an unseen assailant as they desperately attempt to find a way to escape.DOWNRANGE is the terrifying, dark new thriller from acclaimed genre director Ryuhei Kitamura (The Midnight Meat Train, Versus, Godzilla: Final Wars). Produced by Kitamura and ELEVEN ARTS’ Ko Mori (Lords of Chaos, Man From Reno), the film is executive produced by Taro Maki (In This Corner of the World). The screenplay is by Joey O’Bryan (Motorway, Fulltime Killer), with story by O’Bryan and Kitamura.
DOWNRANGE stars newcomer Kelly Connaire, Stephanie Pearson (Insidious: Chapter 2), Rod Hernandez-Farella, Anthony Kirlew, Alexa Yeames (The CW’s The Originals), and Jason Tobias (ABC Television’s Notorious).
April 26th
DOWNRANGE lands exclusively on Shudder