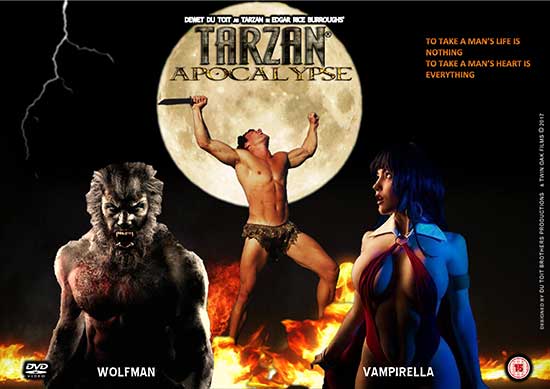 Tarzan agrees to investigate the rumours of a mad scientist using humans as test subjects on a remote island. Once they reached the island via ship, Jane got captured by the scientist’s guards & taken through the portal to the Underworld Graveyard to be sacrificed to Reaper. Tarzan and his crew do everything they can to save Jane from evil, by fighting evil in many forms such as Zombies, Vampires, Werewolves, Vampirella & Dracula. Tarzan even meets his own long dead parents, with the twist of Tarzan turning into a zombie and becomes the bad guy killing the good guys, even Jane becomes the victim! Who can stop the mighty Tarzan once he smelled blood?

From the film maker

Tarzan project called TARZAN APOCALYPSE about Tarzan vs. Zombies/Vampires/Dracula/Wolfman and the Reaper of Souls which is currently crowd funded on INDIEGOGO!

This film will serve as a 1hour pilot with the aim of screenings at various international film festivals, television interviews during Tarzan day in August & to place emphasis on the 100 year celebration of Tarzan since 1918 & finally to be sent to Zack Snyder for a possible feature film adaptation by Universal Pictures or even a TV series. 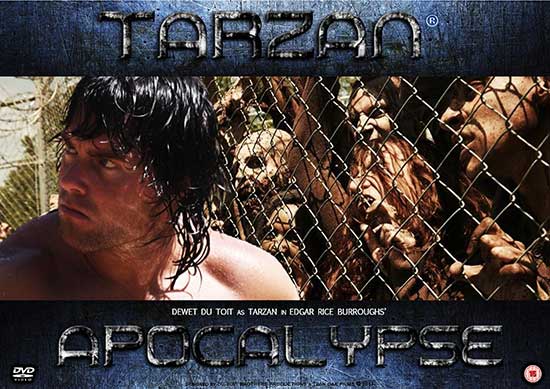 During the past few years I’ve been featured in the media around the globe such as NETFLIX and websites/newspapers from China, Japan, Vietnam, Sweden, Belgium, Canada, USA with ABC, BBC, SABC, ETV interviews as well as radio interviews from Australia, New Zealand to Ireland and local T.V. interviews regarding me in the run for the upcoming Tarzan film in Hollywood now directed by David Yates.