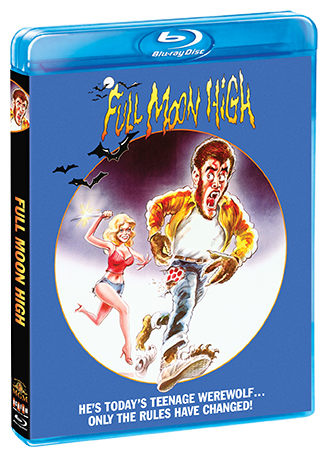 The problem of a typical high-school teenager takes on monstrous proportions in this comical send up of horror movies from legendary cult filmmaker Larry Cohen.

The most important thing to quarterback Tony Walker (Adam Arkin, Halloween H20) is to win the big game against archrival Simpson High. But this plan soon changes when his ultra-right-wing dad (Ed McMahon) drags him along on a spy mission for the CIA. In Romania, Tony is bitten by a werewolf – and that’s when things really start to get hairy! Now, whenever there’s a full moon, he transforms into a growling beast that hungrily chases down beautiful girls. Cursed to live forever as a teenager with uncontrollable urges, Tony realizes he must find a way to the end this cycle of animalistic excess.