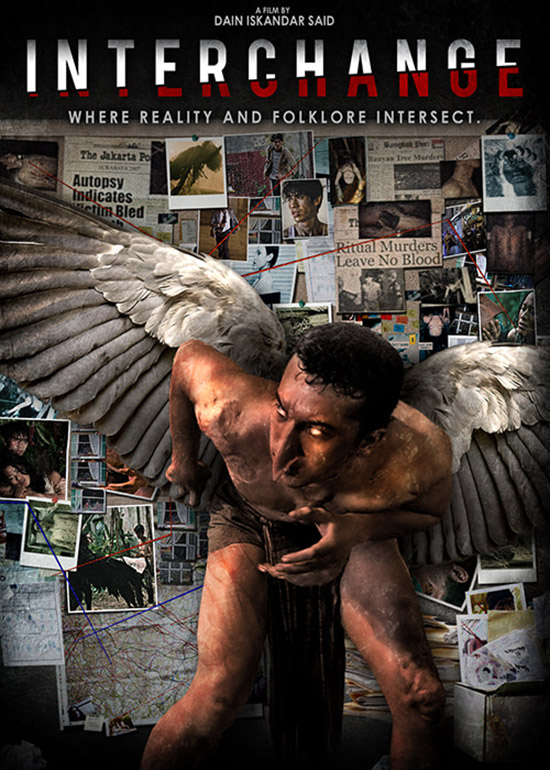 The story follows Adam (Putra), a forensics photographer. He has become emotionally distraught and suffers from strange hallucinations, since witnessing the aftermath of a bizarre murder; he has retreated from the world. Then, a detective arrives at his doorstep informing him that another murder has occurred – one with undeniable similarities to the one that pushed him over the edge. Adam’s help is requested to unravel the mystery – one involving: corpses drained of blood, unusual feathers and antique photographs that appear to capture Adam’s beautiful new neighbor Iva (Prisia Nasution). Adam is drawn further into Iva’s mysterious world, while the detective delves deeper into his investigation. They discover the city’s mystical underbelly of shamans and supernatural beings as century-old superstitions come to life.

The film, which was acquired from XYZ Films. Interchange was written by: Redza Minhat, Dain Said, June Tan and Nandita Solomon (who also produced the film). The film will debut on: Amazon Instant, Amazon Prime, Vudu, Xbox and Google Play – on the 16th. This release will be followed by another on  iTunes, this March 3rd, 2018. More platforms will follow, including a VOD and DVD release. Global Digital Releasing is sharing the official trailer, poster and some stills in anticipation of the film’s expansive North American debut.