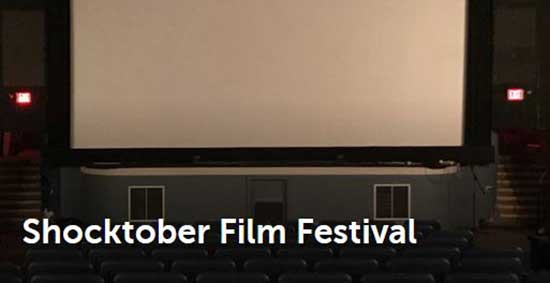 Shocktober Film Festival is seeking short films ( 15 minutes or under ) of the horror, Sci Fi, and thriller persuasion for the 2018 lineup.

Chosen films will play during an all day event October 3rd, 2018 at the historic Art Theater in downtown Champaign, IL. Winners of Best Picture, Director, Editor, FX and Actor will be awarded the custom Shocktober Planchette.

Films can be submitted via FilmFreeway ( filmfreeway.com/ShoctoberFilmFestival ) Horror News readers get 50% the entry fee for the month of February, just enter code HORRORNEWS at checkout.

After 5 years of successful horror themed events The Art Theater has decided to extend to its month long Shocktober programing into a genre film festival!

Special guests, secret screenings and an awards ceremony will be held during the day long event October 3rd, 2018 at The Art Theater in downtown Champaign, IL.

Selected films from the festival will be chosen to play throughout the month of October before some of the most beloved horror films!