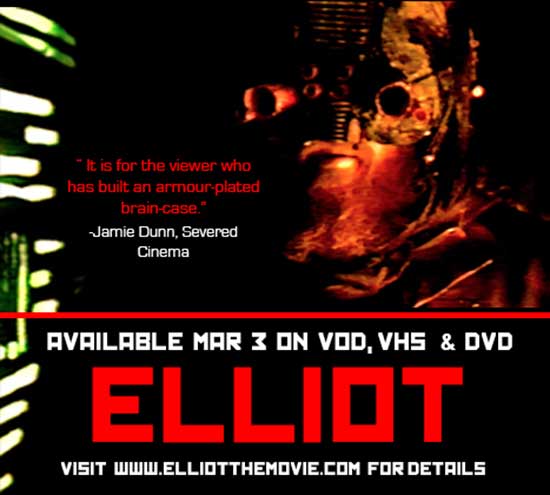 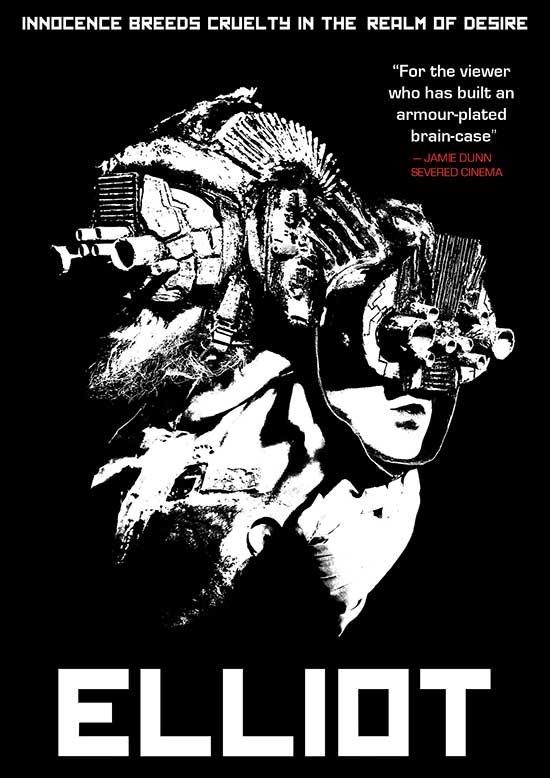 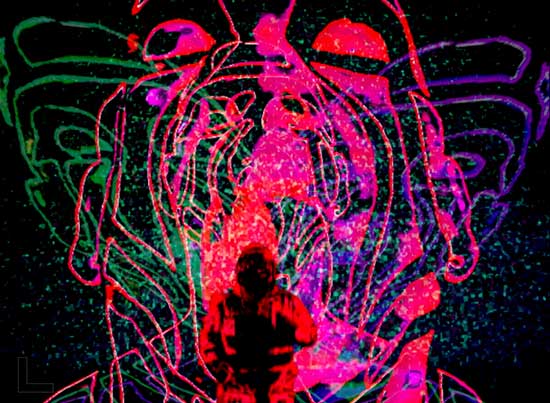 Writer/Director Craig Jacobson brings us the dismal world of ELLIOT. Set in the dark depths of a strange and mysterious power supply complex, ELLIOT tells the tale of a conflicted humanoid (Elliot, played by Joshua Coffy) struggling to maintain his reality and understand his true identity. Elliot is thrust into a disconcerting downward spiral of despair in which he is forced to recognize the perils of his own cognition and constructed ideals in a crumbling universe where the lines between fantasy, simulation, and reality are blurred, and the fibers of Elliot’s fragile existence are ruptured.

To purchase or view the film visit the website: elliotthemovie.com