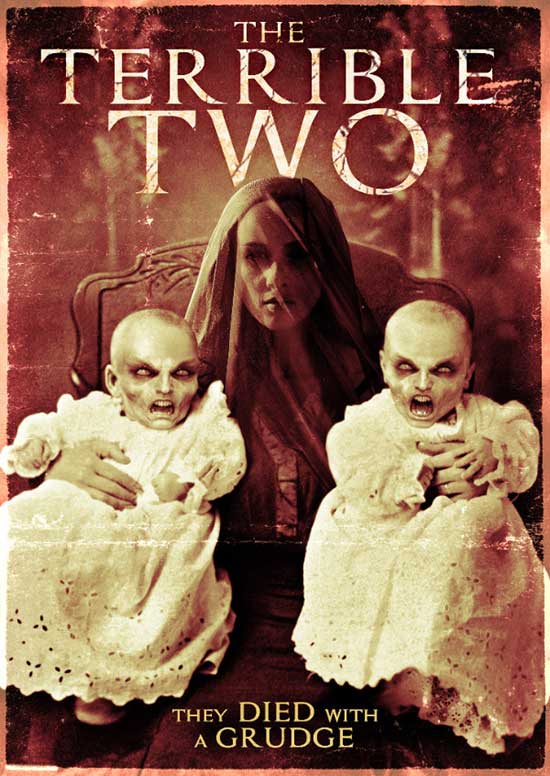 It’s a ‘killer’ job being a parent, as Donny Boaz (“Dallas”, 13 Sins), and Cari Moskow (“One Tree Hill”, Butchered) discover this March with The Terrible Two.

The fearsome frontline is set between Albert and Rose Poe and their two daughters in the supernatural frightfest, premiering on VOD March 6 from Uncork’d Entertainment.

Albert and Rose Poe bought their dream house seven years ago in Greenfield, NC.  They had no idea of the unspeakable horrors that took place in the house before they moved in.  If they had known, then their children, Addi and Jade would still be alive.  Instead the Poes now find themselves imprisoned in the house they thought was their safe place, and battling their two daughters for survival.