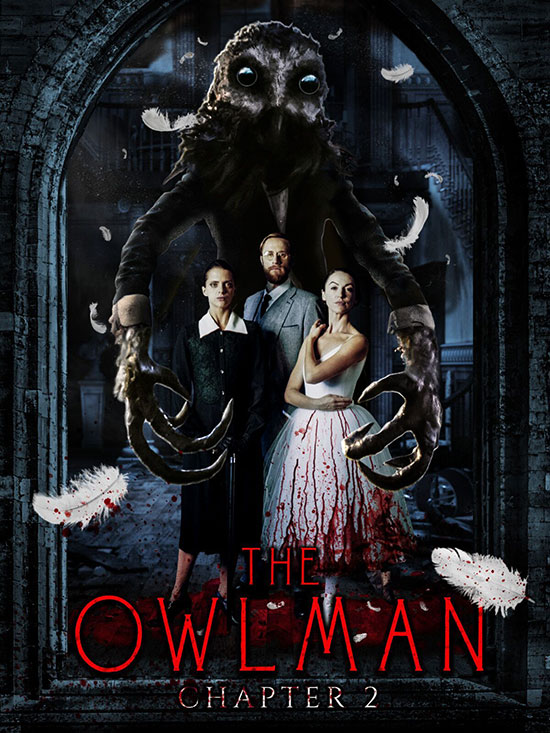 The latest poster for director Lawrie Brewster’s Gothic Noir THE OWLMAN: CHAPTER 2 (also known as THE BLACK GLOVES) firmly cements the film’s status as the next instalment in his Owlman franchise.

Ahead of the release of the 1940s-set chiller, Hex Studios has also shared a series of portraits, giving fans a glimpse of the film’s cast of characters.

Shot on a vintage film camera, the images capture the dread-filled atmosphere that fans of Hex Studios will instantly recognise.

Written by Sarah Daly, THE OWLMAN: CHAPTER 2  tells the story of a psychologist obsessed with the disappearance of his young patient, and the menacing owl-headed figure that plagued her nightmares. His investigations lead him to a reclusive ballerina who, just like his patient, is convinced that she is about to die at the hands of this disturbing entity.

According to Brewster, “the film is a brooding, atmospheric chiller with a dark mystery at its core, filled with twisted revelations and infused with a creeping dread.”

The film is available for pre-order now via Hex Studios’ website hexmedia.tv/

Watch this space for more updates on the film’s release, slated for early Spring this year.