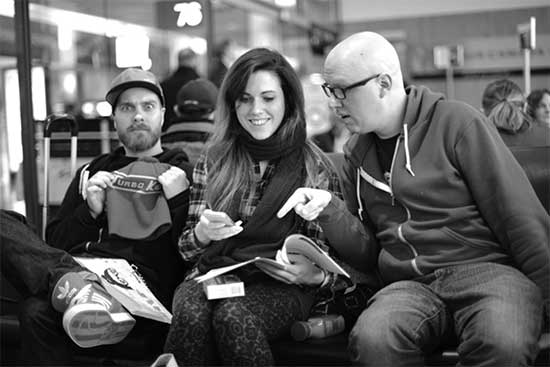 With two successful world premieres at the Sundance Film Festival, including this year’s multiple sold out screenings of SUMMER OF ’84, award-winning filmmaking trio RKSS (Anouk Whissell, François Simard and Yoann-Karl Whissell) are attached to direct the live-action adaption of the international phenomenon AMOS DARAGON. Exec-Produced by Sylvain Viau of IceWorks Pictures Inc., Benoit Beaulieu, Albert I. Melamed and Pierre-Alexandre Bouchard, the film bearing the same title will be based on the 12-book fantasy series by Québec author Bryan Perro. The best seller has sold over 2.5 million copies to date and has been translated into more than 15 languages.

RKSS hit the ground running with their directorial debut, TURBO KID, which premiered at the Sundance Film Festival in 2015. The film went on to tour the world, winning acclaim and multiple awards before having a wide release by EPIC Pictures. RKSS’ visual style and creative flair will lend perfectly to the expansive universe that Perro has created with AMOS DARAGON.

AMOS DARAGON follows the adventures of 12-year-old Amos Daragon and his companions Beorf, Lolya and Medousa as they journey to find four masks that harness the forces of nature. With the power of the masks, they can defeat the evil villain who threatens their world.

RKSS is represented by Gersh and legal by Cuffe Owens at Felker Toczek Suddleson Abramson.