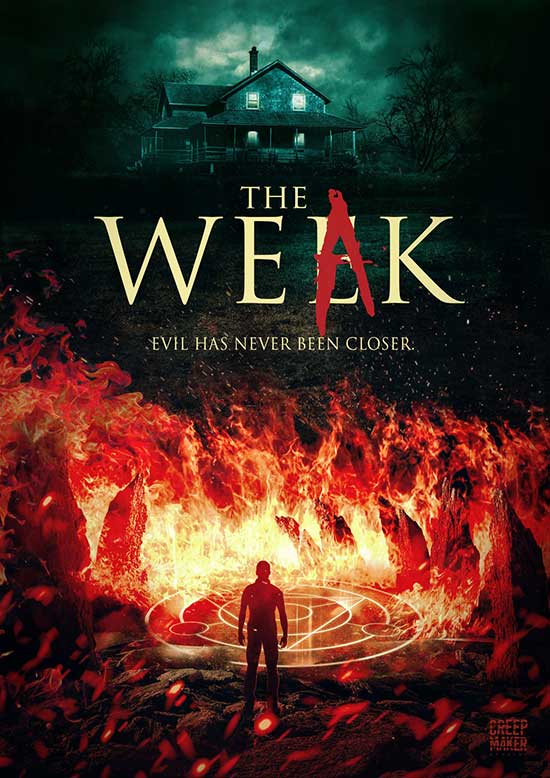 Creepmaker Studios, a new italian production company focusing on micro/low budget horror, action, dark comedy and thriller genres, has announced a production deal with canadian Darkside Releasing to develop a slate of four genre films. The first two are scheduled to go into production in 2018.

“The Weak” directed by Tiziano Cella (Subject 0: Shattered Memories, Red Net) is a supernatural horror about three friends who go for a one-week trip to Italy, discovering a sanctuary in the woods and awakening an ancient satanic force, while “F*ck You Immortality” will mark the feature-length debut of italian genre director Federico Scargiali: in the film a couple of old hippies are searching for Joe, a long time friend from the ’70s who seem to be stuck in time and never aged a day since then. Through technicolor ninjas, bizarre metalheads, shamans and ancient rituals, the couple embark on a journey with no turning back.
Creepmaker’s founder and producer Alan M. Cossettini commented: “We couldn’t be more excited about our collaboration with Darkside Releasing, they totally embraced our vision, we have some great projects coming. Our first two features are currently under pre-production, we are actually casting and searching for the last locations. Get prepared for some craziest, frightening, challenging and offbeat films ever!”
Darkside Releasing was Co-Founded by Vince D’Amato and Nicole Hancock D’Amato (the producers for the midnight-movie production company Creepy Six Films in Vancouver). Vince and Nicole have a sixteen-year background in making and distributing independent genre films. Their film catalogue include titles as Troma’s “Return To Nuke ‘Em High” (Vol. 1 & 2), Ron Bonk’s “She Kills”, and the recent Drew Marvick’s “Pool Party Massacre”, among many others.
Beside these two upcoming titles, Creepmaker Studios and Darkside Releasing are also working on “Meathead”, an ’80s inspired horror about a metalhead turning into a hideously deformed and shapeless meat creature, and “Take Away Meltdown”, a black comedy/body horror where customers of a local chinese restaurant literally melt on their new menu.
All films have been presented at this year’s AFM and will hit Berlin and Cannes film markets soon.
———-
For more info about Creepmaker Studios please visit their official website: www.creepmaker.com
Share