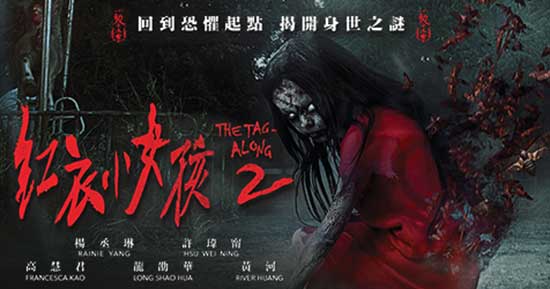 Unveil the legendary urban myth of the little girl in red. Bona fide Taiwanese star Rainie Yang (Spider Lilies) stars in the sequel to 2015’s The Tag-Along, THE TAG-ALONG 2. Following the film’s limited theatrical release this past September 22, 2017, THE TAG-ALONG 2 will arrive on Digital & On Demand February 6 from Cinedigm (NASDAQ: CIDM), with a DVD release to follow on April 3.

Based on 1998 home video footage that spawned an urban legend with never-before-seen viral activity, THE TAG-ALONG 2 continues the frightening mystery of “The Little Girl in Red” to critical praise and box office success. When social worker Shu-fen (Yang) discovers her pregnant teenage daughter has disappeared, the only clue to the teen’s whereabouts is a video of her being led away by a mysterious girl in red. As she attempts to unravel the mystery behind the little girl and the disappearance of her daughter, Shu-fen is drawn to the Red Forest where her discovery of an abandoned hospital leads to a series of terrifying experiences that can all be traced back to the legend of the girl in the red dress. 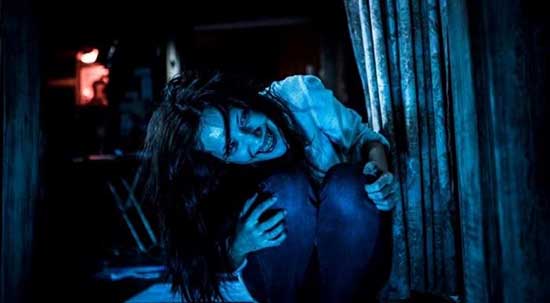 Directed by Wei-Hao Cheng, and also featuring The Tag-Along star Tiffany Hsu,
THE TAG-ALONG 2 sees characters take a darker turn as they face their own ghostly obsessions, and battle demons that may or may not be of their own making.

Cinedigm is a leading independent content distributor in the United States, with direct relationships with thousands of physical retail storefronts and digital platforms, including Wal-Mart, Target, iTunes, Netflix, and Amazon, as well as the national Video on Demand platform on cable television. The company’s library of films and TV episodes encompasses award-winning documentaries from Docurama Films®, next-gen Indies from Flatiron Film Company®, acclaimed independent films and festival picks through partnerships with the Sundance Institute and Tribeca Films and a wide range of content from brand name suppliers, including National Geographic, Discovery, Scholastic, NFL, Shout Factory, Hallmark, Jim Henson and more.

Additionally, given Cinedigm’s infrastructure, technology, content and distribution expertise, the Company has rapidly become a leader in the quickly evolving over-the-top digital network business. Cinedigm’s first channel, DOCURAMA, launched in May 2014, and is currently available on iOS, Roku, Xbox and Samsung, with additional platforms currently being rolled out. Cinedigm launched CONtv, a Comic Con branded channel in partnership with WIZARD WORLD, on March 3, 2015. The Company’s third OTT channel, DOVE CHANNEL, launched on September 15, 2015 and is a digital streaming subscription service targeted to families and kids seeking high quality and family friendly content approved by Dove Foundation.