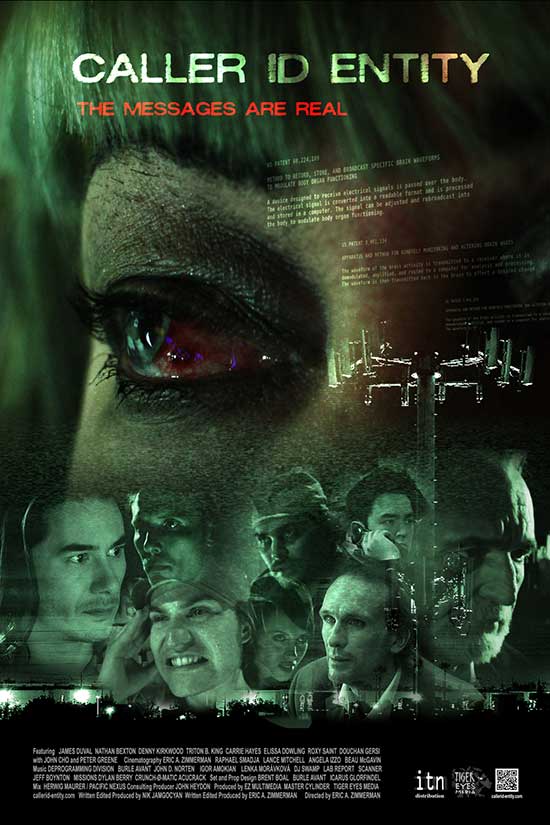 Acclaimed Director Eric Zimmerman–responsible for some of the most iconic rock, metal, and industrial videos in history, including Nine Inch Nails’ “Down in It” and “Head Like a Hole,” and Soundgarden’s “Jesus Christ Pose” and “Rusty Cage,” among many others–has expanded his legendary dark vision into feature films with the release of Caller ID Entity.

An Exclusive Premiere Screening of the film will be held at Ahrya Fine Arts By Laemmle, see below for ticket and screening information.

A sci-fi conspiracy thriller, based on real phone messages and testimonials from victims of mind control technology.