RUTHLESS PEOPLE MEETS FARGO IN SPENT, IN THEATERS AND ON DEMAND DECEMBER 15
In theaters this December 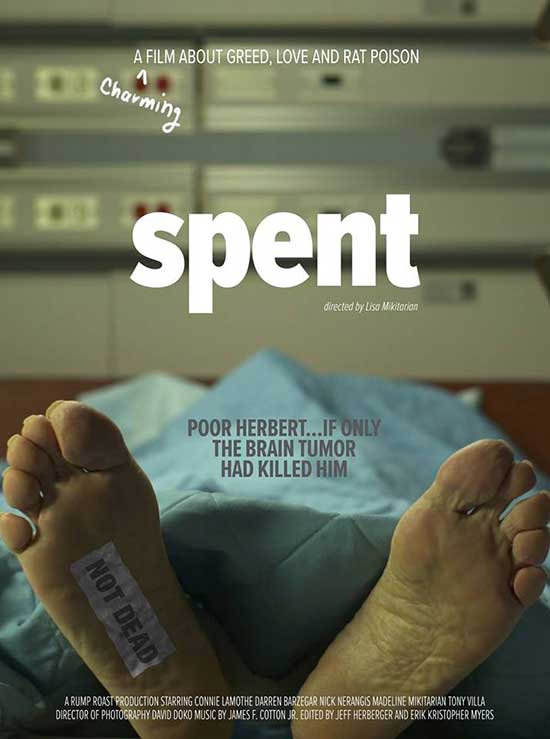 SPENT, the award-winning new dark comedy from writer-director Lisa Mikitarian, hits theaters and VOD December 15 from Indie Rights. Winner Best Comedy at the American Filmatic Arts Awards, SPENT is a tale of greed, love, and most of all…rat poison.

Ruthless People meets Fargo in a delicious homage to ‘40s dark comedy about a wife and son that live it up while their miser-rat of a husband/father lies in a hospital bed–death by brain tumor imminent. It’s all fun and games until he experiences a miraculous 4th of July recovery.

SPENT, featuring “a great story with good direction melded with the right cast and crew”*, opens December 15 in LA theaters and on VOD.