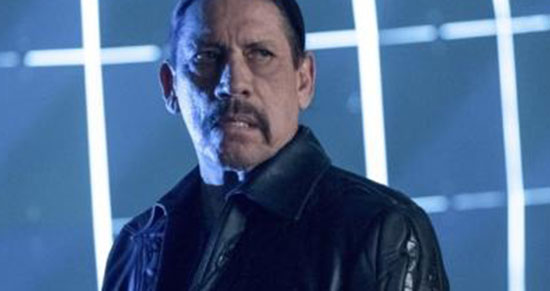 It was revealed today that Danny Trejo (“From Dusk Till Dawn,” “Machete”) and mogul / entrepreneur Rick Ross (“Days of Wrath,” “Ride Along 2”) have joined the cast of Deon Taylor’s urban comedy “The House Next Door” – a sequel to Taylor’s 2016 urban indie hit “Meet the Blacks.”

After surviving a night of terror and becoming a best-selling author, overstressed Carl Black (Epps) moves his family back to his childhood home where he hopes to work in peace and quiet on a new book that he owes his publisher.  But when his quirky neighborhood becomes host to a mysteriously extravagant pimp (Williams), Carl’s work is interrupted after his dead-beat cousin becomes convinced the new neighbor is actually a vampire and is trying to steal Carl’s entire family away.  Carl is forced to team up with an oddball cast of neighborhood characters as they take the fight to the vampire pimp in a hilarious battle for Carl’s family… and the future of his old hood.

Danny Trejo’s career has spanned for over 40 years across television and film.  He has received considerable notice in his collaborations with filmmaker Robert Rodriguez in films such as “From Dusk Till Dawn,” and the “Spy Kids” and “Machete” series.

Rick Ross is a successful music artist and founder of the label Maybach Music Group.  He made his debut at the top of the Billboard 200 with his first album “Port of Miami” in 2006.  He is a contributor to a number of soundtracks and has appeared in films such as “Days of Wrath,” “Ride Along 2,” and the TV series “Magic City.”  Ross has released 10 studio albums and received nominations for five Grammy Awards.

Tags The House Next Door