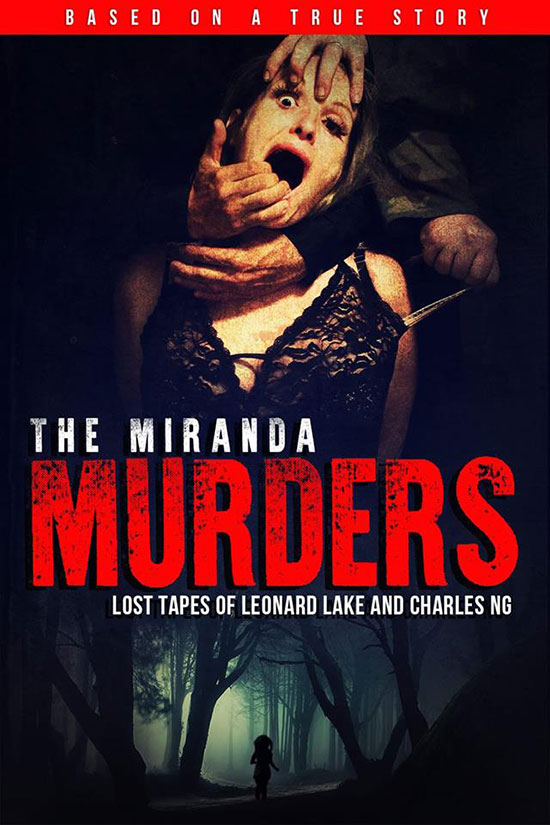 Please tell us how this project manifested?

Both Matt and Guil are fans of the macabre and the horror genre.  Early 2016, Guil cast Matt as the lead in the horror musical, Monster Beautiful, which he performed in Santa Barbara, CA and Las Vegas, NV.  Throughout the production, the two spent a great deal of time throwing ideas back and forth on a potential feature film they could collaborate on.  The idea came from Guil, who showed Matt a picture of the two real life killers and proposed they could play the roles fairly accurately.  It was a story not yet told on the big screen and a topic both could sink their teeth into.  Within a month’s span of heavy research and 16 hour long writing sessions, they were able to complete a final draft of the script.

Did you always know you wanted to be a filmmaker?

Absolutely.  I started out as an actor because I knew I wanted to dazzle and frighten audiences everywhere.  As such, villains were always my forte.  But my performance work was always a means to an end and that end was telling stories.  Ever since my exposure as a young child to films like Jaws, The Wolf Man and Near Dark, I knew I had to spend the rest of my life horrifying the world through filmmaking.

Yes, since I was a kid.  Film is a transformative medium.  Wether it was Indiana Jones or Dirty Harry, in my head, movies allowed me to become any and all of those iconic heroes I watched growing up.  Within the span of two hours, you get to live a life completely separate from your own.  That is the power of film.

As a filmmaker, I am heavily inspired by the art style of James Whale (Bride of Frankenstein, The Invisible Man) as he knew the complex levels of the genre.  His work was designed to frighten and make the “smart fans” laugh, but did not ruin the joke for those who weren’t in on it.  Clive Barker is also a huge influence on me for his imaginative creatures and his nature of pushing the boundaries of what was considered acceptable to portray on film.

As an actor, I am mostly inspired by Vincent Price and Lance Henriksen.  Lance is the reason I pursued acting as a kid in New York.  His performance in the film Pumpkinseed not only frightened me, beginning my obsession with the horror genre, but also convinced me that I had to spend the rest of my life entertaining and shocking as many people as I could. 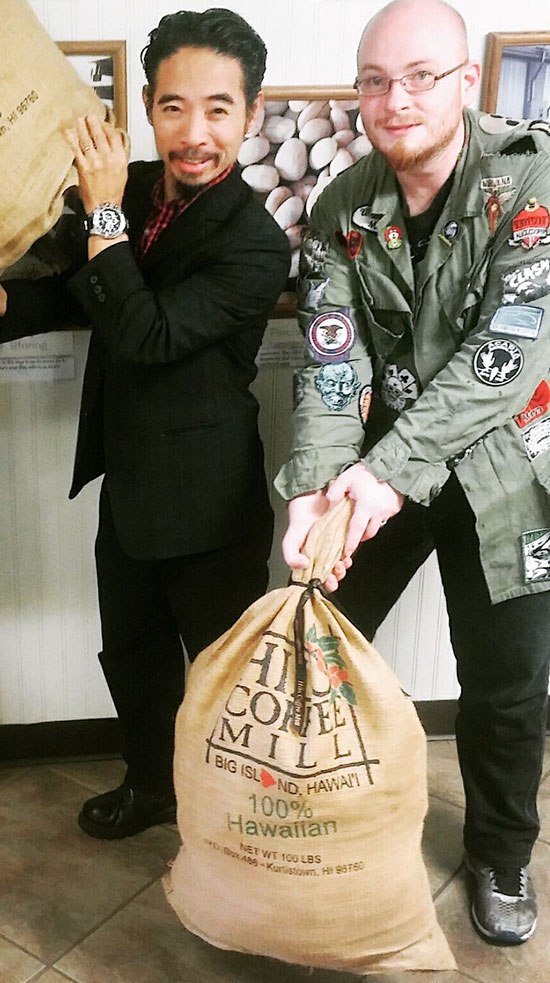 What type of challenges did you face while shooting?

This was their first feature film endeavor as a team and as such it was an opportunity for them to get to know how each other work and more importantly, how they collaborate.  Fortunately, they both have incredibly twisted minds and similar complimentary styles of storytelling, making it easy for them to one up each other on what horrible experiences they could get away with in the movie, so the learning curve was pretty low.

Another interesting challenge was the actual physical transformation of Matt and Guil into Leonard Lake and Charles Ng.

For the role, Matt gained over eighty pounds and grew a thick bushy beard, which he died black to match Lake’s scruffy dark look.  He spent a great deal of time practicing Lake’s mannerisms and domineering posture.  Also, he kept a journal of his darkest most violent thoughts in an effort to normalize that side of himself and slip into the character more easily.

Guil’s transformation was an interesting one.  As a California native, he speaks with a traditional American accent.  To portray Ng’s broken english and Hong Kong dialect as accurately as possible, Guil studied internet celebrities from Hong Kong, integrating it into his everyday speech.  He spent days studying Ng’s body language and facial tells from the original Lake and Ng footage, as well as the court trials.  One of the models he used to portray Ng was a waiter at one of his restaurants, who had an identical body language and posture to Charles Ng.  If you would like any other production stills, let me know. 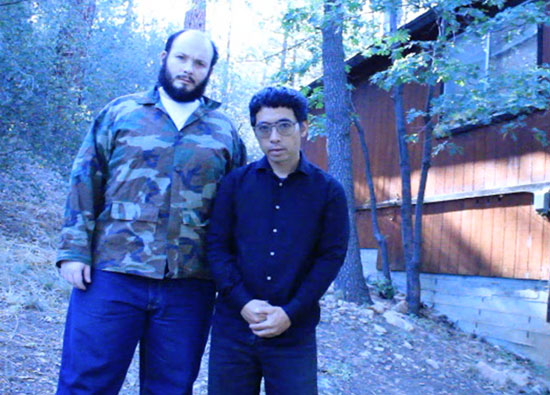 Please tell us what it was like working with the cast?

The cast of The Miranda Murders was an incredibly professional and talented ensemble.  It is a difficult thing to perform as a person who actually existed, especially a real life murder victim.  But every one of the actors did their due diligence to study up on the person they were portraying; which is hard to do when their homework is to watch tapes from the 80s of people who have died at the hands of the guys behind the camera.  They made sure their performances matched the behavior of the victims in the footage as accurately as possible, creating an uncanny and disturbing experience to watch.

This story sounds fascinating and true crime is always fascinating.  Why did you pick this story?

It is a real life horror story that has not been touched upon by any major media source.  Everybody knows about the crimes of Charles Manson, Ted Bundy and John Wayne Gacy, but only die hard true crime fans have even heard of Leonard Lake and Charles Ng.  The most frightening things are the horrors of real life, but the most frightening of all are the horrors of real life that nobody talks about.

Will there be a sequel or are you working on another project?

There is little wiggle room for a sequel to the Miranda Murders, as the story is heavily based on the real life murders, which the film portrays already.  However, Guil and Matt are currently in preproduction for their next feature, which they will be shooting early next year.  It is the story of a real life artist whose passion and obsession leads him to murder.  Though the topic of this film sounds familiar, the style, mood and storytelling are completely different.  Think Edgar Allan Poe meets the Red Violin.

This movie is an actual portrayal of real life footage, much of which is not available to the public.  The performances and storytelling are designed to be as accurate to the actual occurrences as possible.  Matt and Guil worked hard to avoid sensationalizing the piece in order to share what it was actually like to be taken prisoner by these two individuals with no hope of escape or survival.  Yet, much like the actual footage, there is no gore or evisceration on camera.  The Miranda Murders is a tough sit through and is not for everyone, especially those who have experienced trauma or abuse in their lives.