The Invisible Man: Re-Appearing in 2018 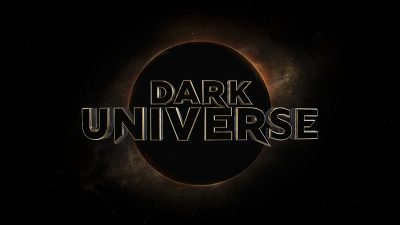 I have been waiting decades for Universal Studios to get their act together and come back to what made them great: monsters! When I first heard about the “Dark Universe“, I got chills and was filled with childlike excitement. I have vivid memories, like many of you, of seeing creatures like Dracula, the Wolfman, and Frankenstein leap from the pages of great books and land on the big screen. All thanks to Universal Studios. They lost their way for a time, but have since found it again. I hope.

As much as I love Joss Whedon, I blame him for all this hubbub about creating vast universes. For moviegoers, it presents a fantastic time. For the box office, it means a hell of a lot more revenue. If you’ve seen at least Marvel Cinematic Universe offerings inside of a theater, then it is reasonable to assume you will flock to the rest. I count myself among those movie lemmings. Other companie have seen the tremendous success and are now, better or worse, trying to copy his genius. As we’ve seen with DCs attempts, they have all been bad. I have no hopes for Justice League when Aquaman looks like The Rock and talks like he’s from Bensonhurst. 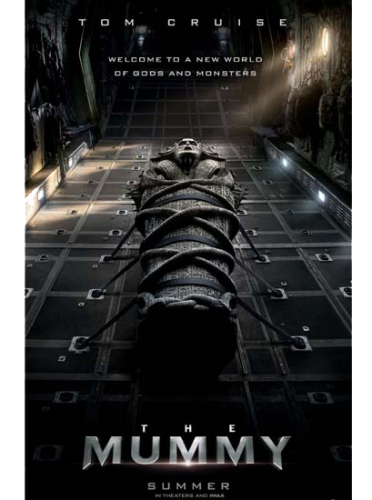 Now, Universal Studios wants to do the same by combining their franchise monsters. We’ve not seen these baddies in a line-up together since The Monster Squad and all those wonderful Abbott and Costello movies. To a similar degree, we could count League of Extraordinary Gentleman, but that’s purely coincidental. With the Dark Universe, as they’re calling it, we get standalone monster flicks that weave (or try to) into one another like Whedon did with Marvel. 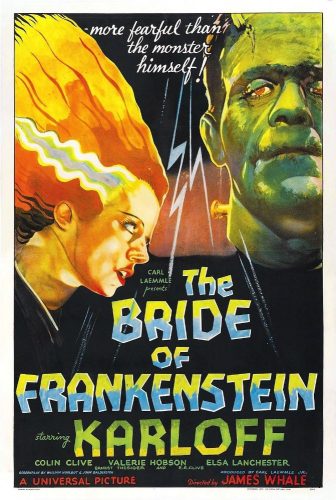 The difference between DCs failures, and Whedon’s success, could be the fact that Whedon comes from television. He is used to weaving a continuing storyline through several episodes to several seasons. This is where Universal gives me hope as they had originally snagged Alex Kurtzman for the job. As of right now, he may be sticking around and, if that’s the case, begin to worry.

The Dark Universe began with The Mummy. Whether this was meant to be a remake of Fraser’s Mummy remains to be seen; however, there are a ton of elements present to not rule out that possibility. On a personal level, I really enjoyed it. A lot. And, to be honest, I didn’t want to. Regardless, it was absolutely nothing like 1932’s offering, which starred Boris Karloff.

The only film in the series with a current release date is Bride of Frankenstein; however, this could rightfully change as that particular film has two things wrong with it. There is no buzz and no one seems to give a damn about it. I’m not even sure why it’s being included. Regardless, it’s slated for Valentine’s Day, 2019 and Universal has gone balls to the wall with production. We know more about this film than we know about The Invisible Man. 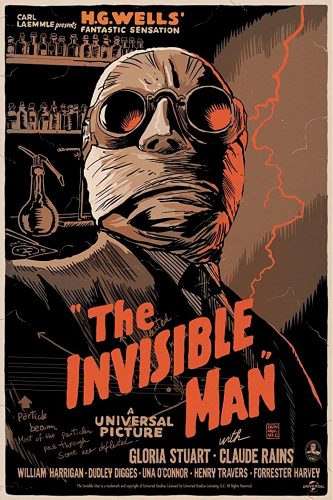 We do know it’s due out in 2018. When, exactly, no one knows but they should probably figure that out. I’m assuming, because Bride is due out in February of 2019, that The Invisible Man will be a Christmas release. This would allow the studio to piggy back the buzz of The Invisible Man into the release of Bride, thus capitalizing on any fanfare.

While most are calling The Invisible Man a remake of the original released in 1933 that starred Claude Rains. The premise of this new offering is intriguing. This one is actually a sequel to that original tale, written by H.G. Wells, that saw Dr. Jack Griffin develop a serum which turned him invisible. The result of this transformation was met with less than stellar results as he became quite insane and murderous. If anything, we should consider this the remake of Invisible Agent, released in 1942, where Dr. Griffin’s (The Invisible Man) grandson uses the formula to spy in Nazi Germany.

Now, for the segue…

In this sequel, we focus on the nephew of Jack Griffin, aptly named, Dr. Griffin and played by Johnny Depp. It takes place in WWII which, in reality, removes it, at least 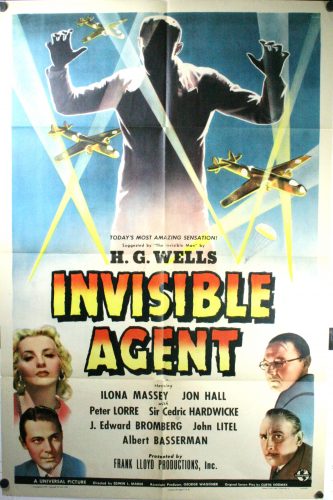 in some ways, from the Dark Universe as The Mummy takes place in the present day. Unless the serum makes the Invisible Man impervious to age. Maybe the group Henry Jekyll heads up places him in suspended animation and then he’s “brought back” to aid them in the present. Dr. Griffin, after finding his uncle’s formula, is recruited by MI5. Now, this is beginning to sound a hell of a lot like Captain America minus Harry Potter’s invisibility cloak. This puts the premise on somewhat shaky grounds.

We do know how good Depp is. As Dr. Griffin, he’ll make a better choice than Tom Cruise did for the lead in The Mummy. But, I have to admit, I’m excited at the possibility of these big earners coming together on the back-end of the Dark Universe. Another saving grace, hopefully, is that Alex Kurtzman remains as a producer, and his experience with episodic television, will help bring it all together.

Another saving grace is that Ed Solomon is penning the script. Casual fans neglect the writer (for shame). I love this guy’s work. He started his career on Laverne & Shirley, then wrote Bill & Ted’s Excellent Adventure (later, its sequel and television adaptation), followed by the Garry Shandling Show. In 1997, he wrote Men in Black. More recently, he wrote two great movies that I love: Now You See Me and its sequel (he’s also working on the 3rd installment). Besides working on the script for The Invisible Man, he’s also writing the script for the newest Bill & Ted. There is a lot of good stuff in his resume. This gives this project legs.

To summarize: we know it’s set in WWII so, for it to work with the Dark Universe, something needs to happen to bring him current UNLESS this is how Jekyll’s organization is formed. Depending how this goes, they may start getting nasty letters from Alan Moore because it’ll start looking a lot like the League of Extraordinary Gentleman. Kurtzman, with Chris Morgan, are attached to produce. We don’t know when it will be released except that it will be released in 2018. Johnny Depp will star of Dr. Griffin. And, finally, Ed Solomon is writing it.