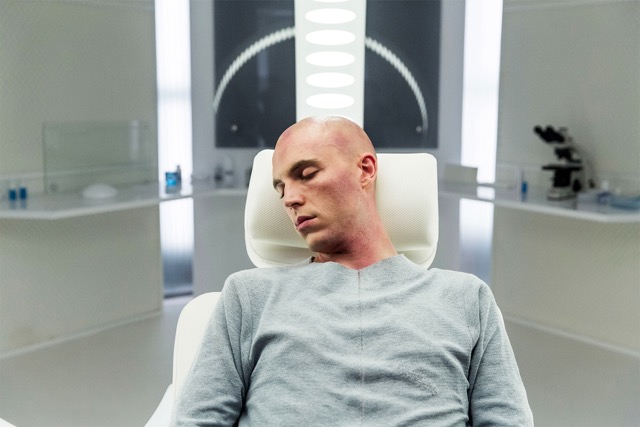 Syfy Films today announces the release of the upcoming sci-fi film REALIVE, in theaters on September 29 and on VOD and Digital HD on October 3.  The film is written and directed by Mateo Gil (“Vanilla Sky,” “The Sea Inside”). The cast includes Tom Hughes (“About Time,” “London Town”), Charlotte Le Bon (“The Walk,” “The Hundred-Foot Journey”), Oona Chaplin (“Taboo,” “Game of Thrones”) and Barry Ward (“The Fall,” “The Journey,”). REALIVE premiered at the 2016 Fantasia International Film Festival in Montreal followed by official selections of the FrightFest Film Festival in the U.K. and Sitges International Film Festival in Spain.

In REALIVE, Marc Jarvis (Tom Hughes) is diagnosed with a disease and given a short time to live. Unable to accept his own end, he decides to freeze his body. 60 years later, in the year 2084, he becomes the first cryogenically frozen man to be revived in history. Marc discovers a startling future, but the biggest surprise is that his past has accompanied him in unexpected ways.

REALIVE is produced by Ibon Cormenzana and Ignasi Estapé of Arcadia Motion Pictures, in coproduction with Jérôme Vidal of Noodles. Marina Fuentes of Dreamcatchers acted as associate producer.

For more information on the film, please visit www.facebook.com/RealiveMovie/