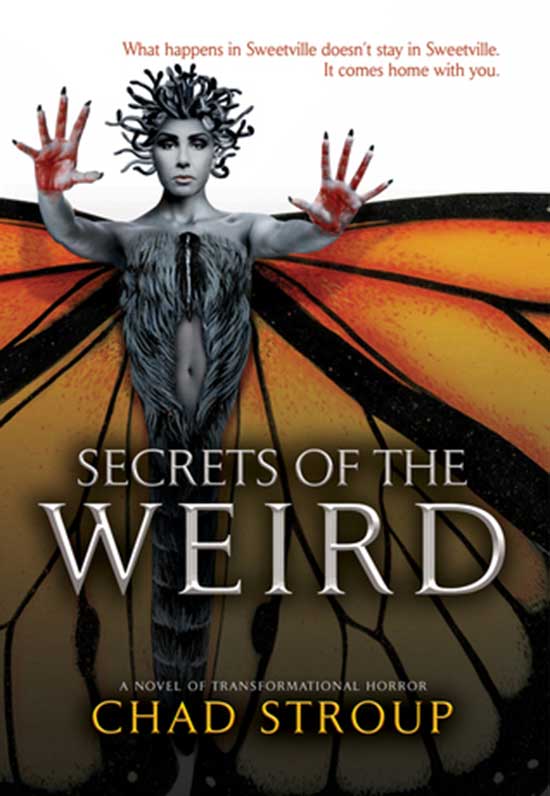 A cadre of drag queens, neo-Nazis, prostitutes and flesh-eating cannibals take readers on a deeply disturbing tour through the mean streets of the surreal fictional town of Sweetville in the new punk-inspired, world-building dark urban fantasy novel from author Chad Stroup, Secrets of the Weird.

Equal parts irreverent social commentary, revisionist dystopia and horrifying reality, Stroup’s brash voice and in-your-face writing style is as hardcore as the cast of characters he assembles in this novel that serves as a darkly prescient metaphor for the polarized state of society today.

“I’ve never felt like I fit in with the ‘normal’ world,” said Stroup, “and in many ways this book reflects that resistance to conformity. It’s dark fiction for the mutants and the mavericks.”

In Secrets of the Weird, Stroup crafts a dark and gritty community of misfits that has, at its center, a young protagonist named Trixie who struggles with the horrors of a dysfunctional life of love, loss and fear as she transitions from male to female.

Readers are drawn into Trixie’s world with compelling passages from her diary, interspersed throughout the narrative, in which she recounts tales of abuse, personal struggle, interactions with dangerous drug-dealing ghouls all while contemplating the elusive promise made by an enigmatic back-alley surgeon who, like everything else in her world, may not be what he seems.

“Secrets of the Weird is an important novel for the genre,” said Anthony Rivera, publisher at Grey Matter Press. “On the surface, it seems to merely paint a picture of a dark and fantastical society run amok. But in reality, Chad is polishing a mirror that he gladly holds up to our faces, allowing each of us to take a hard look at what’s really behind the person staring back.”

Secrets of the Weird is a haunting literary exploration that exposes the horrors of child abuse, sexual and gender identity, body modification, and customs of political and societal mores. It is now available at bookstores worldwide in trade paperback and all common digital formats. Learn more at SecretsOfTheWeird.com.