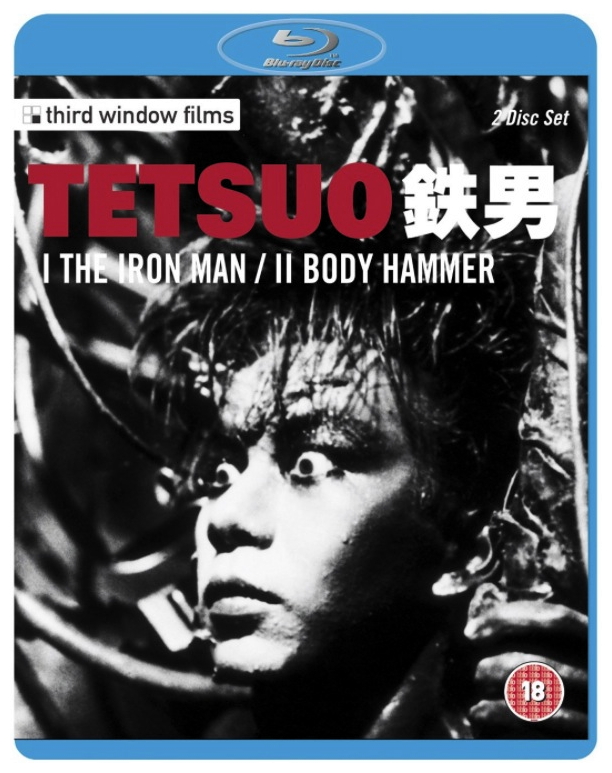 “A strange man known only as the Metal Fetishist, who seems to have an insane compulsion to stick scrap metal into his body, is hit and possibly killed by a Japanese ‘salaryman’ out for a drive with his girlfriend. The salaryman then notices that he is being slowly overtaken by some kind of disease that is turning his body into scrap metal, and that his nemesis is not in fact dead but is somehow masterminding and guiding his rage and frustration-fuelled transformation.” (courtesy IMDB)

Cult filmmaker Shinya Tsukamoto started making movies at the age of fourteen, when his father gave him a Super-8 camera. He made a handful of long shorts and short features, until his first year at college, after which he started a theatre group with friends Kei Fujiwara, Nobu Kanaoka and Tomorowo Taguchi, all of whom would continue to work with Tsukamoto. One of their stage productions was The Adventures Of Electric Rod Boy and, when it wrapped, Tsukamoto didn’t want to waste a great set, so he shot a film version of the play. The best of his earlier films, A Phantom Of Regular Size (1986) and The Adventures Of Electric Rod Boy (1987) were shot in colour on 8mm film, and his feature film Tetsuo: The Iron Man (1989) was shot in black-and-white on 16mm film. Featuring rapid editing, an aggressive industrial soundtrack and grainy cinematography, Tetsuo: The Iron Man is a wholly individual plunge into the underground world of Japanese cyberpunk that explodes onto the screen. 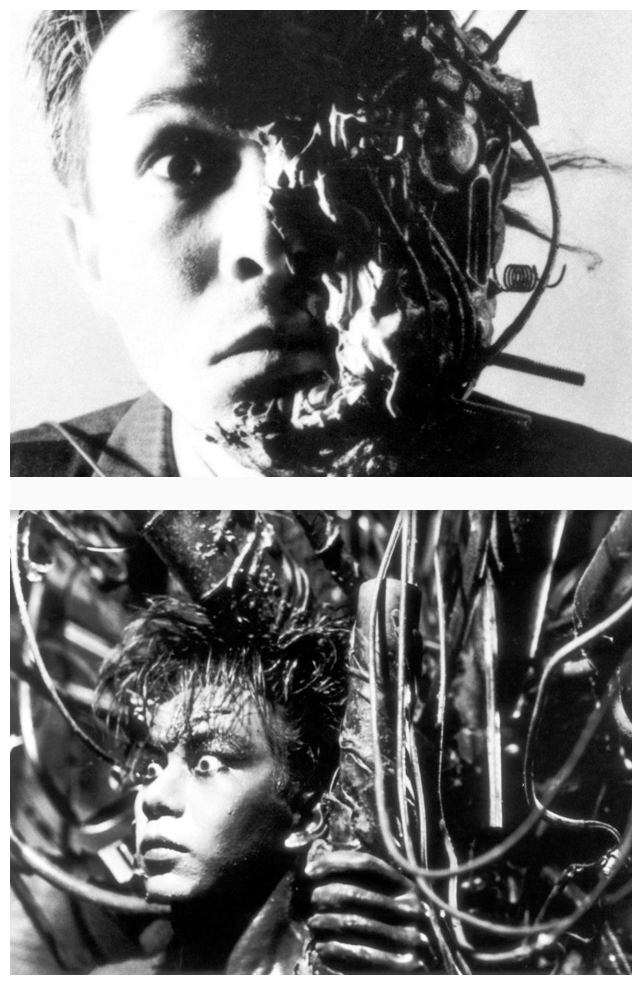 The film opens with the Metal Fetishist (Shinya Tsukamoto) inserting a length of metal into his leg. When he sees maggots squirming in an open wound, he freaks out and runs into the street, only to be hit by a car. The film then focuses on the driver of the car, a character known simply as Man or Salaryman (Tomorowo Taguchi) who, while shaving, discovers a metal shard growing out of his face. On his way to work via the subway, the Man encounters and is chased by a woman whose body has been taken over by the Metal Fetishist. The Man seems to win this encounter by breaking the back of the radically transformed woman (she begins the sequence as a demure office worker and ends it as a wild metal-infected woman) after even more metal has erupted from his ankles and arm. Next is a terrifying dream sequence in which the Man’s Girlfriend (Kei Fujiwara), transformed into an exotic dancer with a snake-like metal probe, rapes the Man. 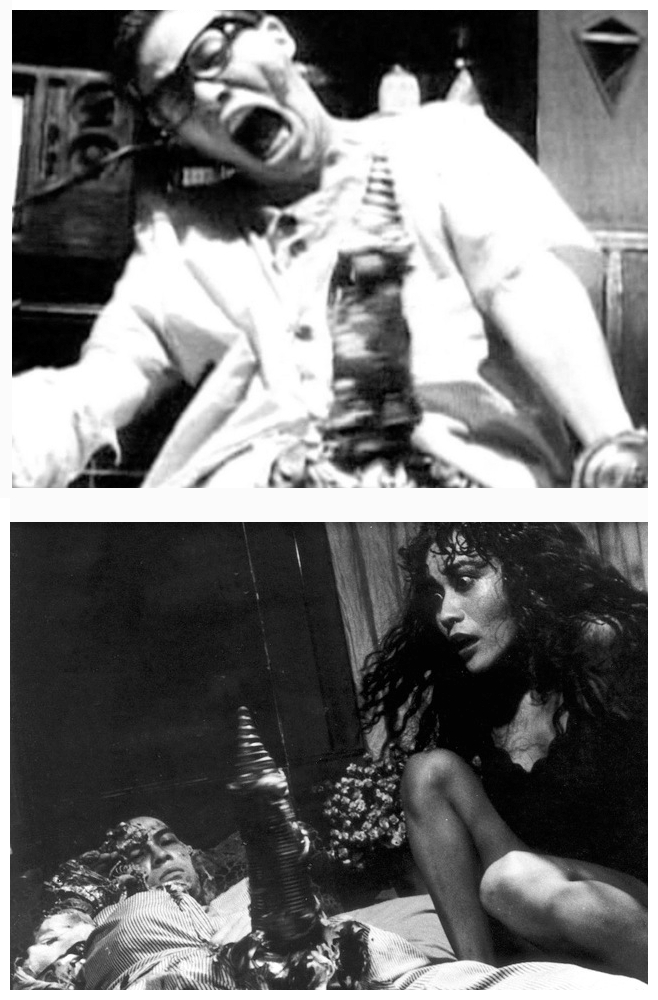 Returning home the Man enjoys an erotic breakfast with his Girlfriend, resulting in the emergence of his giant robot penis. Frightened at first, the Girlfriend soon thinks she can handle this newfound growth, only to have it result in her bloody death via fornication. Soon after, the Metal Fetishist appears out of his confines in order to confront the Man. The pair wage war in the streets, an epic battle that results in the duo melding together with the promise of an entirely new world order. They agree to turn the world into metal and rust it, scattering it into the dust of the universe. They charge through the streets of Japan in a horrific fusion of the two men and the accumulated metal, in a largely phallic form. The film closes with the words ‘Game Over’ instead of the traditional ‘The End’. With a background in advertising, Tsukamoto proves to be a one-man powerhouse as he directs, scripts, designs, photographs, edits and co-stars in the movie. 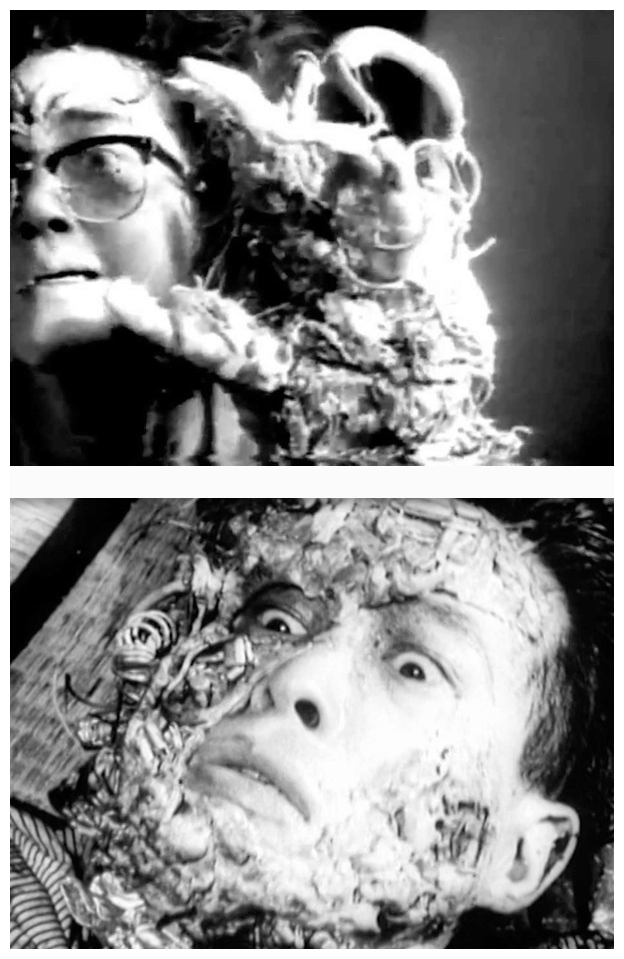 Filmed over eighteen months primarily in Kei Fujiwara‘s apartment, by the end of the production most of the crew broke with Tsukamoto because the conditions were so difficult. Tomorowo Taguchi: “It was very tough so I quickly sensed that if you would stay with them all the time, you would inevitably get the urge to escape. So I figured that if I could keep some distance, I would be able to last much longer and keep a good relationship with them. It’s true that almost every day I went there another crew member would have left. One day I arrived and the house and the lighting crew had gone, so I had to do the lighting for Tsukamoto’s scenes myself. Toward the end, only the actors were still around. Nearly the entire crew had given up and left by then.” Stylistically, the surreal imagery echoes works like avant-garde filmmakers Luis Buñuel‘s Un Chien Andalou (1929) and Maya Deren‘s Meshes Of The Afternoon (1943). 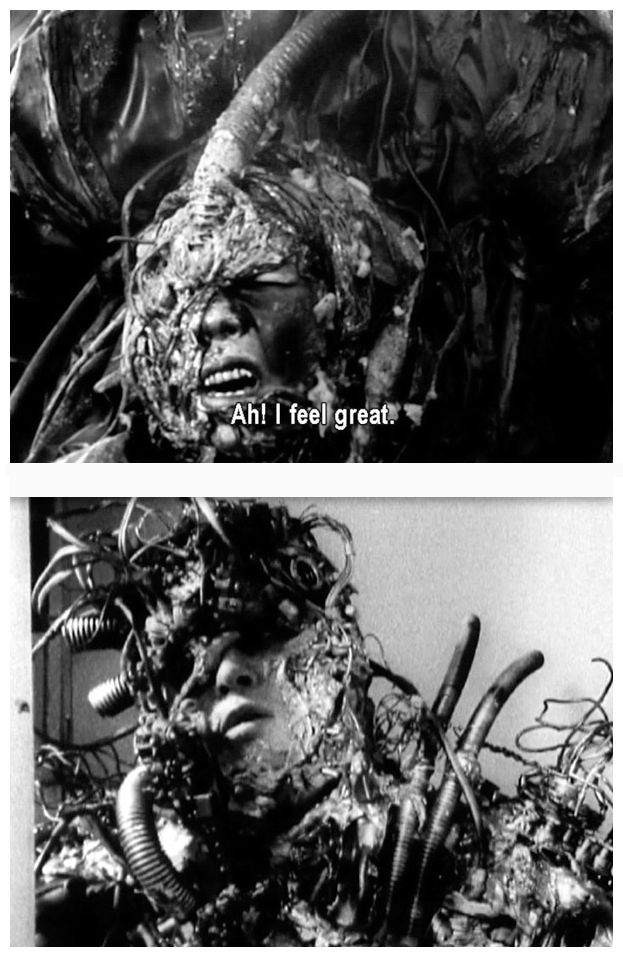 Anyone familiar with the early short films of David Lynch, Clive Barker or David Cronenberg should feel right at home here. The stark monochromatic cinematography and the Man residing in the metal recall Lynch’s Eraserhead (1976) and, thematically, it’s not unlike Cronenberg’s The Brood (1979) and Videodrome (1983), in which the concept of anger being a physically-altering force is displayed. That’s not to say Tetsuo: The Iron Man has no original ideas of its own. Tsukamoto comments on the growth of industrial cityscapes into the countryside and the resulting growing alienation. The director has a love-hate relationship with Tokyo and, in the end, the characters of this film set out to destroy it. In addition, there is a prescient quality to the film in regards to the idea of mankind being consumed by technology and, although the narrative is initially confounding, further inspection unveils a revenge story where Man and Girlfriend are being punished for their hit-and-run of the Metal Fetishist. 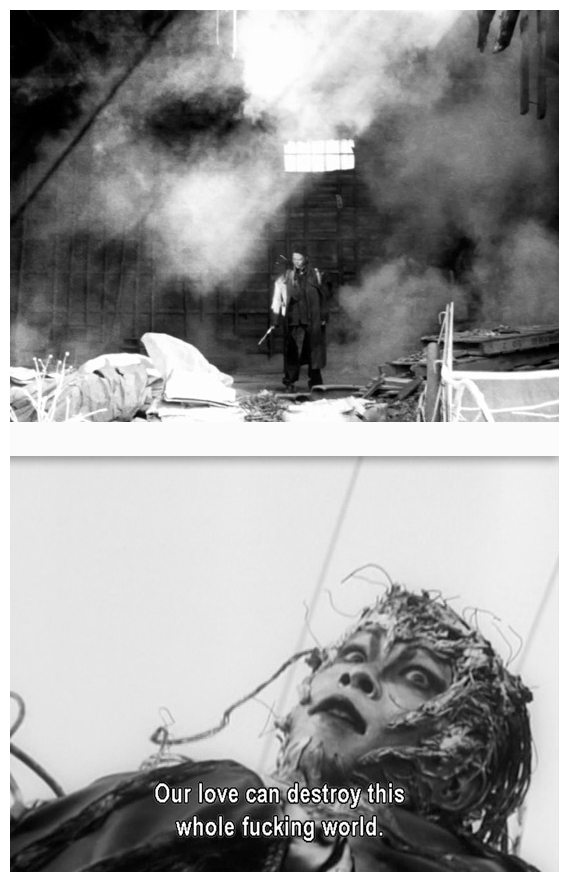 Tsukamoto has directed at least a dozen films since, but would occasionally return to the subject, producing a colour sequel entitled Tetsuo II: Body Hammer (1992). With a much bigger budget, it utilises similar themes and ideas, focusing on another Man (again played by Tomorowo Taguchi) who finds his body transforming into a weapon through sheer rage after his son is kidnapped by a gang of violent thugs. Almost two decades later, Tetsuo: The Bullet Man (2010) was filmed in colour, in English, and with songs by Trent Reznor and Nine Inch Nails, but that’s another story for another time. Now it’s time to politely ask you to join me next week when I’ll have the opportunity to expose the very tenderest parts of your body to another awkwardly-probing journey through those damnable dank dells of…Horror News! Toodles! 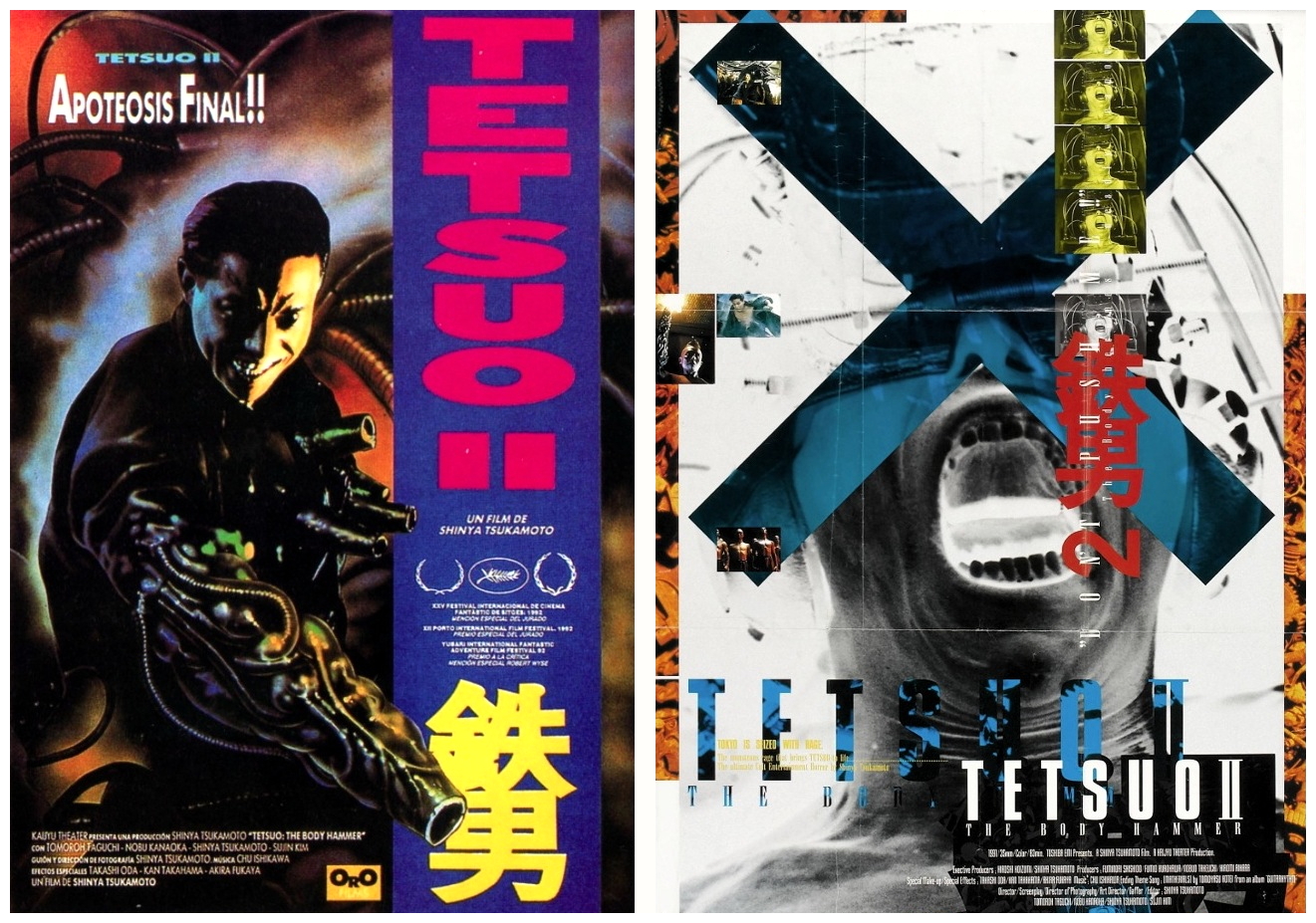