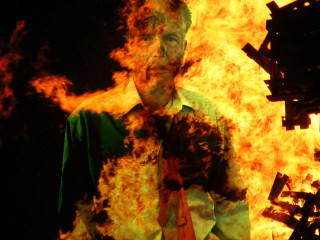 The SFUAD Film School in Santa Fe, New Mexico is producing it’s first ever feature film project – “Final Cutz.” Crewed by students working with professional mentors and SAG actors, the movie is a dark comedy/horror film about a zombie apocalypse that takes place at an art university in the Southwest.

As a virus spreads across the campus infecting staff and students alike – a group of stalwart visionary young film-makers are all that stand between the marauding living-dead and the oblivious city of Santa Fe that lies just beyond the gates of the university. Weaving together homages and tongue-in-cheek references to world cinema with classic cliches from the zombie genre – it is destined to become a cult classic.

We invite your support to help make the project a success. We are currently running an Indiegogo campaign with a goal of reaching $10,000 to help us make one of the most fun zombie films ever. Principal filming starts July 10th and will wrap August 4th.
We can be found on Facebook, Twitter, and our own personal website.