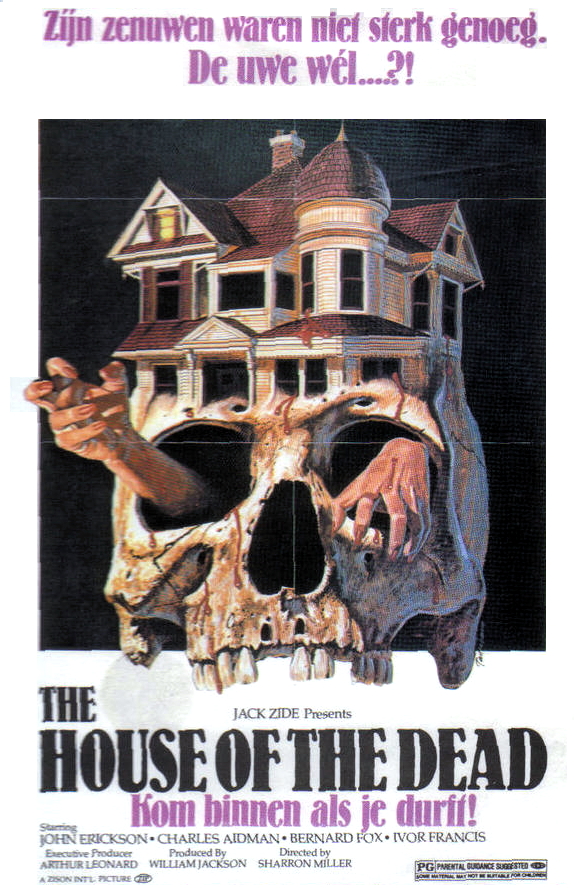 “A man who is having an affair with a married woman is dropped off on the wrong street when going back to his hotel. He takes refuge out of the rain when an old man invites him in. He turns out to be a mortician, who tells him the stories of the people who have wound up in his establishment over the course of four stories.” (courtesy IMDB)

The anthology or omnibus feature film is a cinematic tradition that goes back to the silent era, but it became almost exclusively a horror tradition after the British movie Dead Of Night (1945), which featured five separate spooky stories framed by a sixth. During the sixties Amicus Studios dominated the genre with such recognisable real estate as The House That Dripped Blood (1971), The Vault Of Horror (1973), Asylum (1972) and Tales From The Crypt (1972). The seventies gave us a few made-for-television anthology movies like Night Gallery (1969), Trilogy Of Terror (1975) and House Of The Dead (1978). As a matter of fact, House Of The Dead did get a theatrical premiere (only in Stillwater, Oklahoma where the movie was shot) but it was specifically made to sell to television networks. The screenplay was originally entitled Five Faces then, once the film was actually in production, it was changed to Five Faces Of Terror. Once released, the film’s title was altered to Alien Zone by the distributor to capitalise on the popularity of Alien (1979) then, when it was released on VHS, the title was finally changed to House Of The Dead.

It’s a set of four mysteries, but the real mystery is why on earth they called it Alien Zone, as it contains absolutely no extra-terrestrials whatsoever. That being said, Alien Zone might actually be a better title than House Of The Dead, which conjures up images of the abominable 2003 Uwe Boll film based on the video game of the same name. It’s a no-frills horror anthology that begins with a cheating husband known only as Talmudge (John Ericson) trying to locate his hotel in a taxi during a downpour. The driver drops him off in a dark street and drives off leaving Talmudge to fend for himself on a very wet evening. Stumbling upon a residence he encounters an elderly individual who invites him in from the rain, which Talmudge nervously excepts. The old man identifies himself only as the Mortician (Ivor Francis), who introduces him to four of his ‘customers’ along with a little backstory on how they each met their demise. With an apprehensive Talmudge as his witness, the Mortician begins: 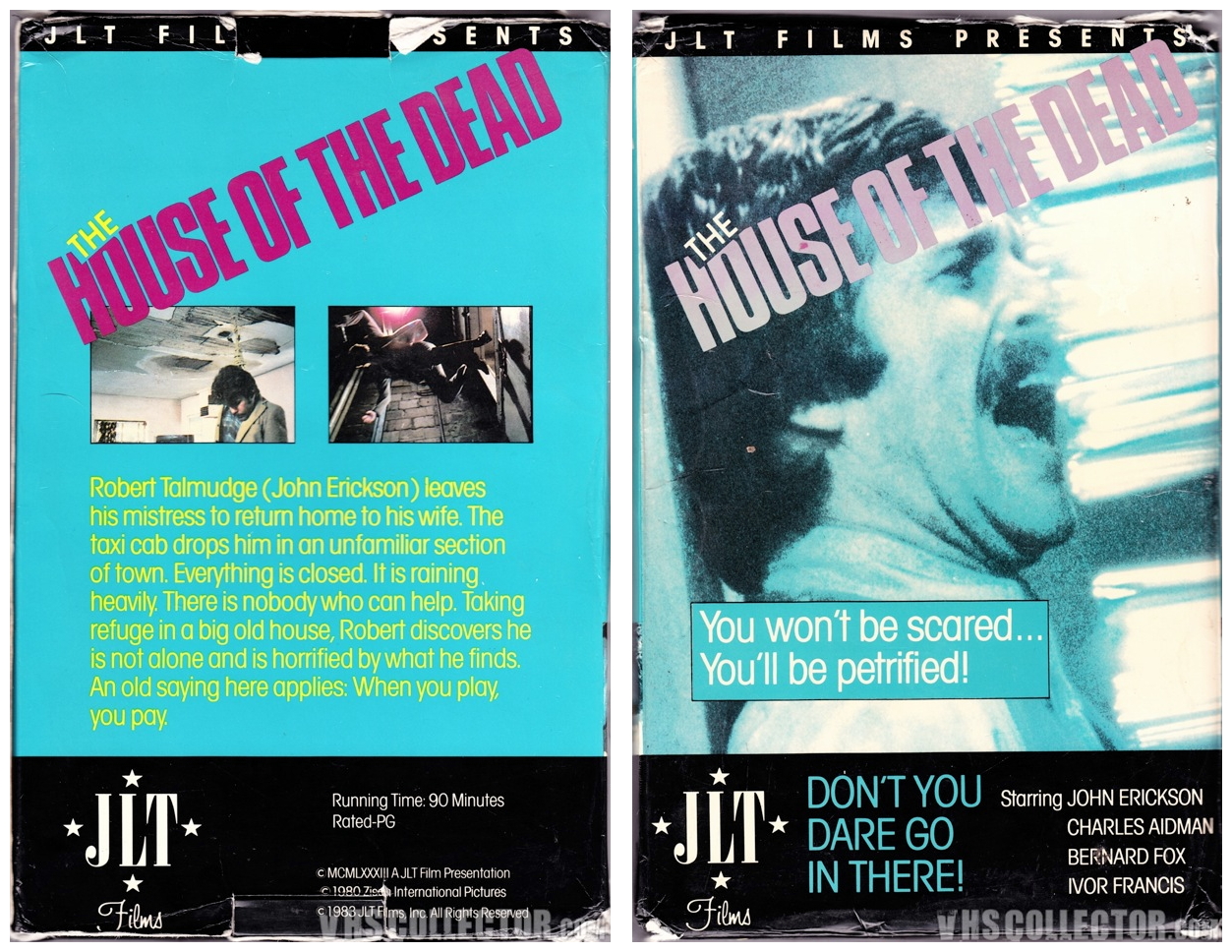 Story #1 is short, around fifteen minutes, about school teacher Miss Sibiler (Judith Novgrod only appeared in a handful of films before passing away in 2016) who hates kids. One evening, when she arrives home, she’s terrorised by a number of children in Halloween masks. The masks are eventually removed, revealing young faces with huge jagged teeth. Brief and non-sensical.

Story #2 is also around fifteen minutes and is the weakest of the four, concerning a man named Growski (Burr DeBenning, veteran of a hundred television shows and a particular favourite of producer Irwin Allen) who likes to videotape himself while murdering women. From the camera’s point of view, it starts with the police arresting Growski and finding his camera, then it abruptly cuts to Growski murdering three or four women, interspersed with a couple of news clips of Growski’s arrest, and that’s it. An interesting idea for 1978, an early interpretation of the ‘found footage’ films so popular today but, unfortunately, this story goes absolutely no where.

Story #3 is a pleasantly engaging tale about two of the world’s greatest forensic criminologists – Detective Toliver (Charles Aidman) of New York and Inspector McDowall (Bernard Fox) of London – engaged in a spirited investigation together when one of them receives a rather cryptic note concerning murder. The conclusion may not come as a complete surprise, but the story itself is quite satisfying, and the performances keep us interested. Aidman appeared in about two hundred films and television shows between 1952 and 1992, including two episodes of the original Twilight Zone series, and was given the important job as narrator on the eighties version of the series. Fox is famous for playing bombastic Britishers in American movies and television, best remembered as Doctor Bombay, a character that turned up in Bewitched, Tabitha, and the outrageous soap opera Passions. He also had a recurring character in Hogan’s Heroes as the cretinous Colonel Crittendon, and his final film appearance was in The Mummy (1999) as veteran pilot Captain Havlock. One last nugget of trivia: Fox was one of the few actors to appear in both A Night To Remember (1958) and its remake, Titanic (1997).

Story #4 concerns a pompous young businessman named Cantwell (Richard Gates, a child actor of the sixties with a couple of dozen film and TV appearances) who has no time for anyone else. On his way home from work one day, Cantwell is accosted by a drunken homeless man, and soon after finds himself trapped in an abandoned building. He’s held captive in the basement for a number of days and, every now and then, a bottle of wine is rolled into his prison by someone unseen. Upon his mysterious release he finds himself transformed into the very blight on society that he himself loathed so much, and the Mortician tells us Cantwell was found dead in the street, homeless, broke and drunk. When the stories are finished it is time for Talmudge’s comeuppance – this is all about punishing people for their sins and he, after all, is an adulterer – and the Mortician has his coffin at the ready. 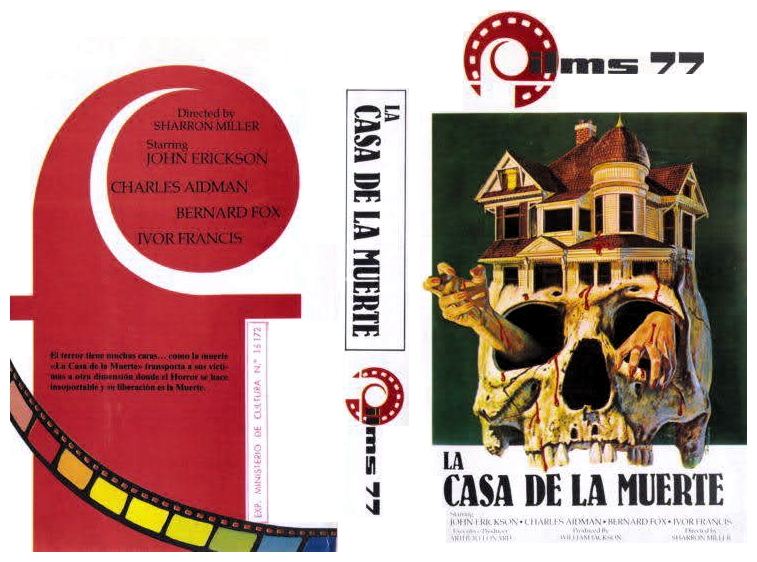 Ivor Francis (the Mortician) is a character actor mostly seen on television during the seventies and eighties, and his sleepy, macabre demeanour is the movie’s most redeeming quality. He was very memorable in Barney Miller, and his presence underscores the ‘family-friendly’ nature of the film. Francis relates the stories about the occupants of the four caskets in his parlour, each of which has a ‘poetic justice’ twist ending that is reminiscent of the original EC horror comics of the fifties and, like EC comics, the stories here are simply macabre morality tales with shorthand characters who deserve to have something horrible happen to them. The terror quotient maybe mild, but this is one of the first horror films to be directed by a woman (possibly the first). Sharron Miller began her career as an assistant editor on Ralph Bakshi‘s films and would later direct countless episodes of Knots Landing, Baywatch and other mindless television shows. There seems to be some confusion about the film’s length. The only available version is around 75 minutes in duration, but there are rumours of there being a version that runs 100 minutes. 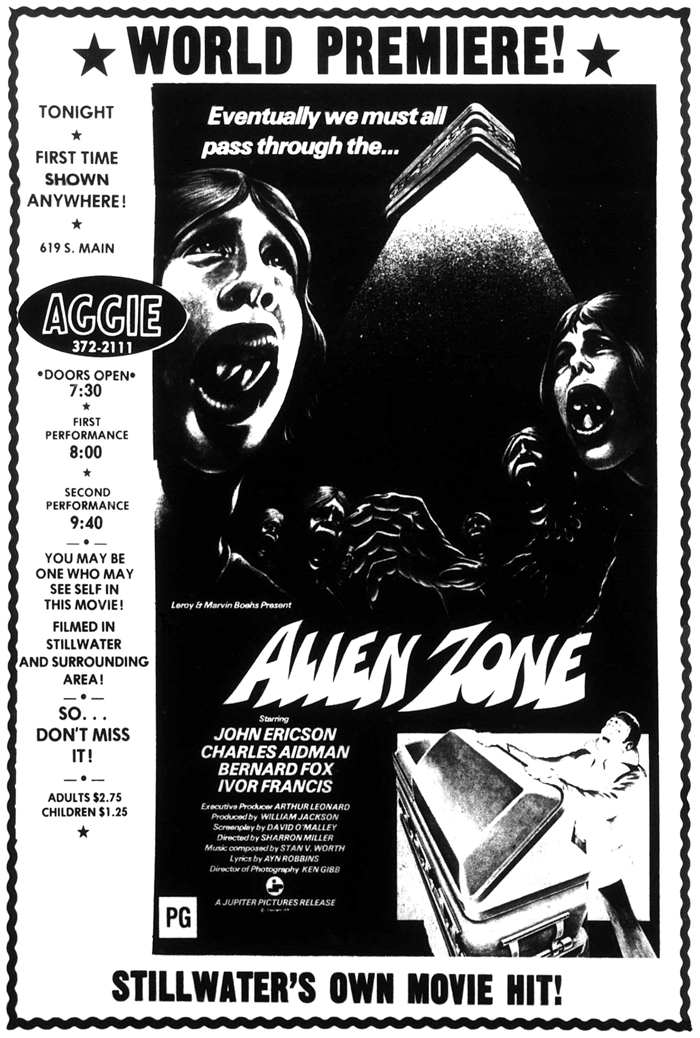 This rumour seems to have been started by the DVD release – the back cover clearly states 100 minutes, but the DVD within only runs for 75 minutes. I have the uncanny feeling that the distributor had no idea what they were doing and couldn’t be bothered watching the film (let alone looking up the correct information) and simply inserted a random number. Furthermore, 25 minutes is a lot of footage to go astray, enough to make up another entire story (the script’s original title was Five Faces) and the film was specifically made to sell to television – 75 minutes is the perfect length for a 90-minute time-slot. The seventies definitely threw up better horror anthologies than this, but House Of The Dead is nonetheless a worthwhile and entertaining little chiller that offers a handful of frights and delightful genre clichés. It’s a film for undemanding fans of trash. And now, as we crawl across the finish line of another review, I’ll wish you a good night, promising to see you again next week for more cinematic smegma than you can shake a schlock at for…Horror News! Toodles! 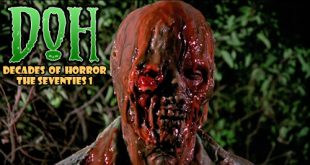 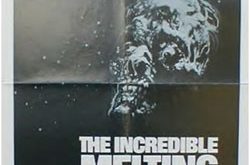 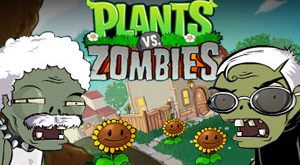