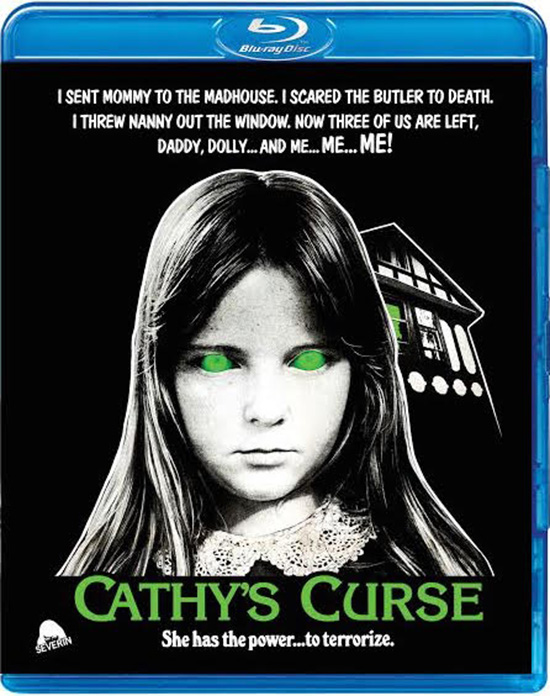 After a father and his daughter are killed in a fiery car crash, a young girl named Cathy (Randi Allen) is possessed by the vengeful spirit that may or may not be related to her. With those close to Cathy either going crazy or mysteriously dying. As the family attempts to solve this mystery, a mysterious doll that has its eyes sewn shut may be a possible connection to Cathy’s change in behavior and the horror’s going on in the home.

When you are as old as the film you spend time watching, it puts certain things in perspective and makes you wonder. Restored for the first time ever by Severin Films, Cathy’s Curse is now available for your viewing pleasure to confuse, cringe and wonder what the hell did I just watch? Shot in Montreal by filmmaker Eddy Matalon, this Blu-Ray release tells a story that is all over the place and is a product of that 1970’s off-balanced filmmaking. Offering two versions of this film including the Director’s Cut and the Alternate U.S. Release Cut, both are brilliantly transferred in 2k with the bells and whistles detail defining color correction and clarity expected by fans as part of the restoration movement. Offering more than ten minutes of addition footage as part of the 91-minute Director’s Cut, the additional scenes help to fill in and makes sense of the head scratching plot holes, lingering scenes, uncomfortable moments and poor transitions. 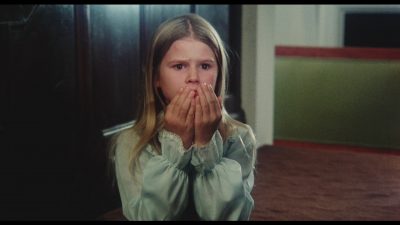 Honestly, I will never get these three or so hours back in my life. Considered by BirthMoviesDeath as “Essential Viewing,” I found Cathy’s Curse to be underwhelming, clumsy, confusing at times and a shell of horror storytelling that pulls heavily from the 1970’s style, colors, sets, characters and execution of the exorcism sub-genre of film. Why some may like or even love this Canuxploitation cult film, I found Cathy’s Curse to be more of an ABC Afterschool Special on inappropriate family behaviors blended with the style of Young Lady Chatterley 2 rather than any sort of a possession based horror film like The Exorcist or The Omen. This comes from several issues including some poor editing which made the film feel jagged and disjointed almost like a dream. It is aided also by the poorly executed transitions which kill several moments before they could fully reach their potential as well as never finding a true pace or understanding of when to let go of a moment or continue it. 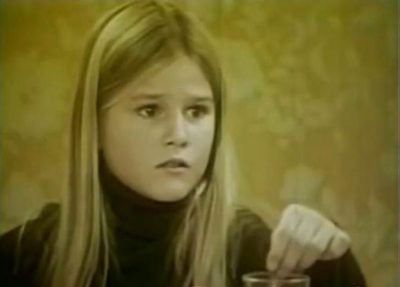 Cathy’s Curse however offers some moments of levity. Some of my favorites include the drunken groundskeeper and a possessed Cathy shouting harsh high school style insults to an old medium. An unexpected series of curse words from young kids as well as some moments you feel a bit dirty watching that involve Cathy (especially with the groundskeeper and whisky). Even Cathy’s mother breaking down mentally while her father Cathy like rag doll is a series of what the hell beats! Along with a few laughs, the film does showcase a handful of executed and cool practical (melting face) and timed FX (decaying food) along with some beautiful shots and locations as well as many over the top dramatic performances.

The core extras for this release included candid video interviews with the director Matalon as well as Allen (Cathy) and her mother and the film’s Costume Designer Joyce Allen. I enjoyed this aspect very much. Both interviews seem genuine and give insight on the film and discuss a range of topics surrounding this Canadian cult classic. Also, the disc includes the film’s theatrical trailer and a very chaotically shot introduction as a part of the Cinematic Void Screening at American Cinematheque from critic Brian Collins. 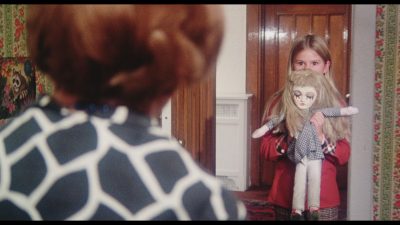 Why watching the U.S. version of the film, we are treated to audio commentary by Cathy’s Curse number one film supporter Collins (who also did a remarkable job on the introduction sequences of the film) as well as You’re Next and Blair Witch screenwriter Simon Barrett. This did not save the film. Why the banter was funny between Barrett and Collins at times, it offered very little for the viewer who perhaps is looking for some knowledge, connection or dialogue on the film from two professionals that have a great amount of respect in horror and film. In their defense as well as said in the audio commentary, they did not know why they were asked to talk about the film either. I have always prided myself on preparation for any project or conversation but I am sorry to say that the release felt like something thrown together so they could get another restored cult film out. It sucks to say that… It makes me wonder if certain films should get the restoration? Just because you have the technology to do it, does not mean you should.

I am sorry to be so forward, honest and disappointed for those reading this review and my observations. I look at all these classics, cult, foreign and underground films getting releases again for a new generation. I figure that with such passion and commitment from those working on these films, it would produce a better overall product. It is not the worse film or restored release by any means. Severin Films is a great platform and the work they do, has earned them the stellar rep, just not on this release. 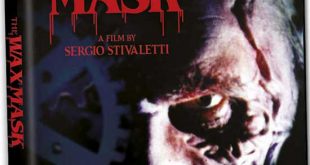