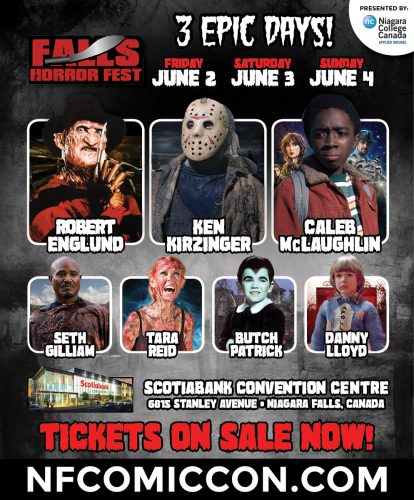 The Niagara Falls Comic Con/ Falls Horrorfest has been setting the industry precedence in conventions with celebrity pop culture, nostalgia, wrestling legends, creative comic book gods and iconic cinematic antagonists to inspire your most terrifying nightmares. The Scotiabank Convention Centre is the realm possessing it all as the phenomenon continues to get bigger and better into its sixth year. Tickets are going fast. Don’t let yourself be found dead in the water. Be sure to awaken your memories to last a lifetime.

Tickets on sale at www.nfcomiccon.com 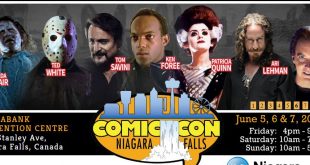