“The Devil is Real” 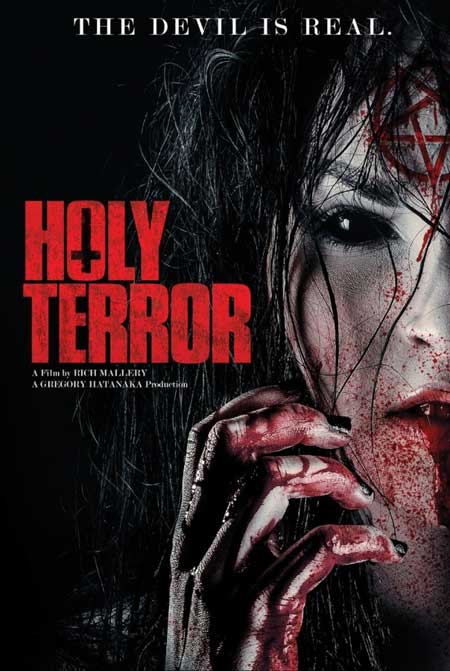 Los Angeles, CA – Holy Terror is a film from production house CineRidge Entertainment, the same production company behind Samurai Cop 2 (2015). Holy Terror was developed by writer and director Rich Mallery (Sociopathia, 2015). As well. the film stars: Mel Novak (Game of Death), Vida Ghaffari (“The Mindy Project”), Kristine DeBell, Lisa London, Kelly Reiter and many more! Now, a release date has been announced for the film, including a Video-on-demand launch and World Premiere, in Los Angeles.

The film’s story involves an exorcism gone very wrong. A family have lost their son, but they still want to make contact. Once they bring in the help of a medium, they connect with their deceased son. But, they also make contact with a malicious demon. This demon crosses over and possesses their daughter, leaving everyone vulnerable to further possessions. 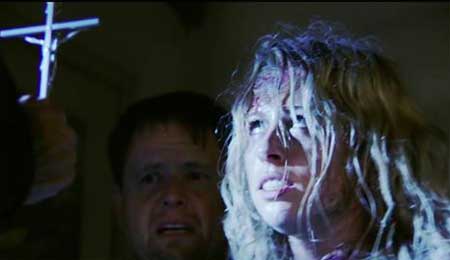 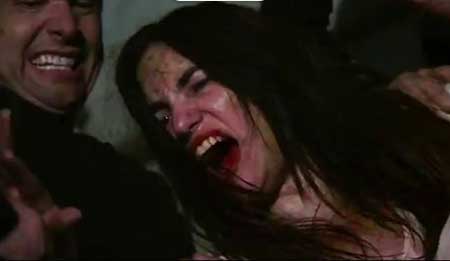 Holy Terror is slated for a theatrical launch in Los Angeles. The film will show at the Laemmle NoHo 7, on March 28th, 2017; film reviewers are invited to attend. Following the theatrical release, the film will be available through Amazon Prime, on April 1st, 2017. Horror film fans, in the United States, will be able to see this exciting feature as Holy Terror receives a wide release. The director says of the film and its release: “Holy Terror works on deep psychological levels…and this is a completely different type of film!” And, audiences are encouraged to attend, later this month.

Official synopsis: Believing their deceased son isn’t at peace, Molly and Tom ask a medium to make contact. But after they invite a vengeful demon to cross over, the couple must enlist the help of a disgraced priest to attempt a dangerous exorcism.