Be careful what you wish for…
WISH UPON – In Theatres July 14, 2017
On behalf of Broad Green Pictures we are excited to share the
NEW Trailer and Teaser Poster for the upcoming thriller 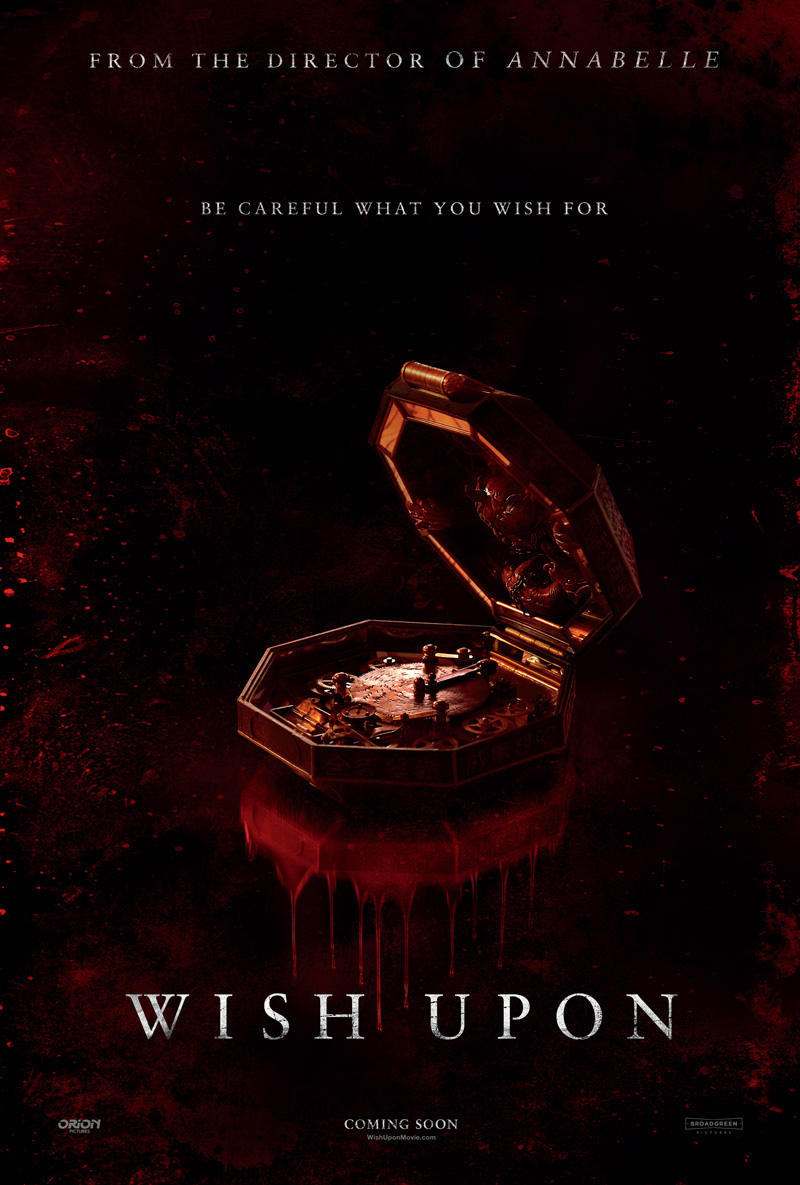 —————————
Starring: Joey King, Ryan Phillippe, Ki Hong Lee, Mitchell Slaggert, Shannon Purser, Sydney Park, Alice Lee, Kevin Hanchard, Sherilyn Fenn
Directed by: John R. Leonetti
Written by: Barbara Marshall
—————————-
Synopsis
Twelve years after discovering her mother’s suicide, 17-year-old CLARE SHANNON (Joey King) is bullied in high school, embarrassed by her manic, hoarder father JONATHAN (Ryan Phillippe) and ignored by her longtime crush. All that changes when her father comes home with an old music box whose inscription promises to grant its owner seven wishes. While Clare is initially skeptical of this magic box, she can’t help but be seduced by its dark powers, and is thrilled as her life radically improves with each wish. Clare finally has the life she’s always wanted and everything seems perfect – until the people closest to her begin dying in violent and elaborate ways after each wish. Clare realizes that she must get rid of the box, but finds herself unable and unwilling to part with her new-and-improved life – leading her down a dark and dangerous path.
Be careful what you wish for…
Broad Green Pictures’ WISH UPON is directed by John R. Leonetti (ANNABELLE) and produced by Sherryl Clark (CLOVERFIELD).
#WishUpon
Website | Facebook | Twitter | Instagram
Share