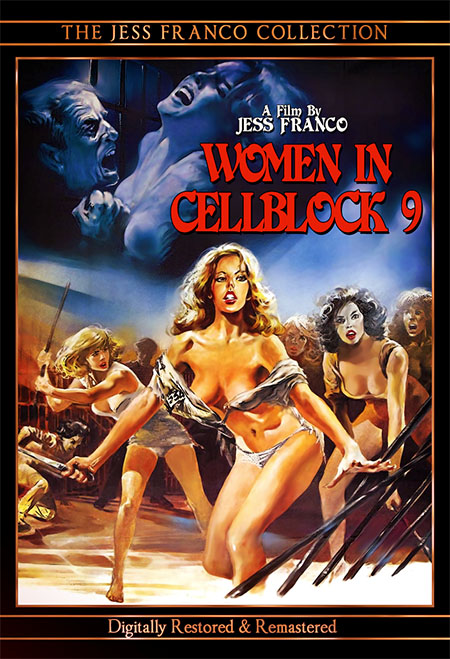 The 8th Release from The Jess Franco Collection

From the fevered, wonderfully perverted minds of Spanish filmmaker Jess Franco and Swiss producer Erwin C. Dietrich (JACK THE RIPPER) comes the notorious women-in-prison shocker WOMEN IN CELLBLOCK 9 (aka Frauen für Zellenblock 9 and Tropical Inferno). The controversial film (it was and remains banned in the U.K.) stars Franco regulars Susan Hemingway, Howard Vernon and Karine Gambier and tells the tale of a gaggle of female freedom-fighters who are taken to a secluded women’s jungle prison where they endure all manner of violent and sexual humiliations. 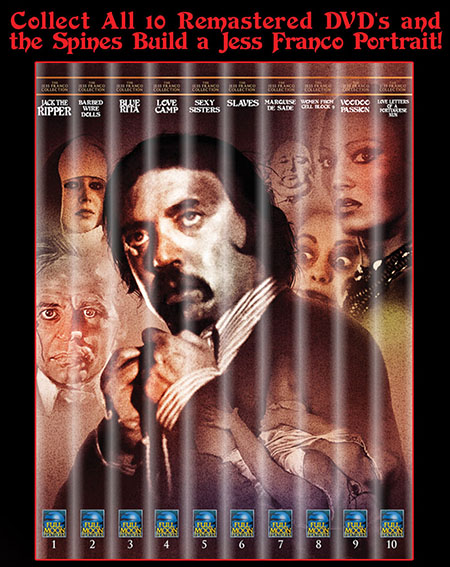 Full Moon is proud to present this revered Jess Franco classic in a digitally remastered and restored and completely uncut transfer struck directly from Dietrich’s own archival negative. Not for the easily offended (but what Franco film is?), WOMEN IN CELLBLOCK 9 is an essential trash movie gem not to be missed!

WOMEN IN CELLBLOCK 9 is available on Special Edition DVD on February 21, for rental or purchase on the Full Moon Amazon Channel and via Full Moon Streaming beginning February 8.

Extras on the DVD include:

Get ALL the incredible titles in Full Moon’s The Jess Franco Collection. When you put them all together, the spines make an exclusive Franco portrait…

Women In Cellblock 9 Trailer from Full Moon Features on Vimeo.