Home | Charles Band dares you to enter the weird world of RAVENWOLF TOWERS!

Charles Band dares you to enter the weird world of RAVENWOLF TOWERS! 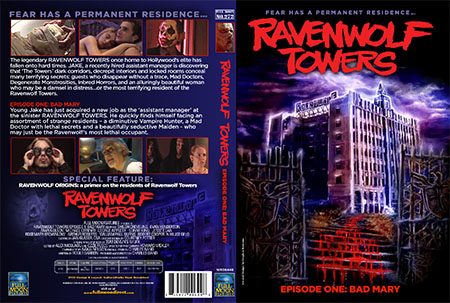 Legendary cult filmmaker and Full Moon Entertainment founder Charles Band is thrilled to present his new series RAVENWOLF TOWERS, which he describes as a “love letter to Full Moon fans past and present”.

The chilling, seven-part horror series is directed and produced by Band, who will release one episode every full moon, beginning December 13th. And as a bonus for Full Moon film fanatics, embedded within each weird and wicked episode of the series, Band has found novel ways to re-introduce some of Full Moon’s most famous and feared characters and creatures into the narrative.

Full Moon Entertainment will release RAVENWOLF TOWERS on their Amazon Channel  at FullMoonStreaming.com and on DVD. The first episode, titled Bad Mary, will debut on December 13.

And as a premium for customers who order the DVD, Band has committed to personally signing every copy sold.

RAVENWOLF TOWERS, the dark saga of a family of incestuous lunatics lording over the remains of a looming, formerly opulent and now dilapidated Hollywood hotel.

Like a cross between Jack Hill’s 1964 Gothic shocker SPIDER-BABY and Dan Curtis’ beloved horror soap opera DARK SHADOWS, RAVENWOLF TOWERS follows the gruesome and bizarre adventures of Jake, the new assistant manager at ‘The Towers’ who is soon subject to the horror at the heart of the building: guests disappear without a trace, mad doctors meddle with madder science, degenerate monsters lurking around every corner and a beautiful woman who may be a distressed damsel in need of saving…or just might be the most terrifying resident of RAVENWOLF TOWERS.

At the center of it all is the spastic, inbred clan whose minds have become irrevocably warped as they live, love, die and commit all manner of sin within the walls of ‘The Towers’. 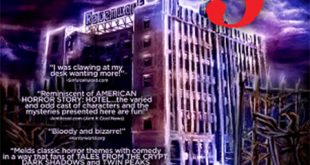