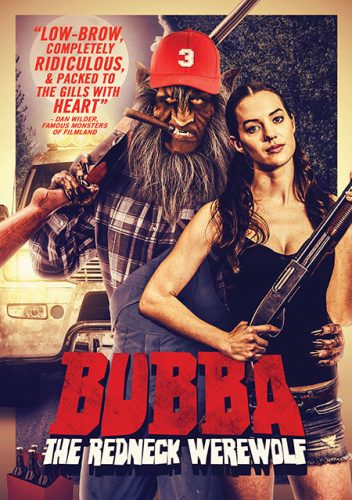 SYNOPSIS:
A small town bumpkin sells his soul to the Devil for a chance to win his true love back. But, in doing so he is changed into a werewolf.
REVIEW:

Poor Bubba. Besides being dumb as a bag of hammers, he lives in the nowhere town in Cracker County. And he works at a nowhere job at Barkem Asylum, the local dog kennel. Making matters worse, his high school sweetheart, Bobbie Jo (Malone Thomas, Unsullied) is shacking up with Dangerous Dwight (David Santiago) . And, who can blame her? Dangerous Dwight has a double-wide trailer and he has proper scissors for that sleeveless flannel shirt upkeep. Besides, Bubba doesn’t stand up for himself or take any responsibility. 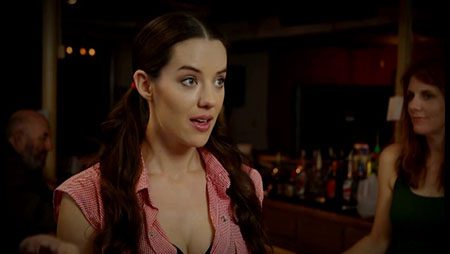 Really wishing he could get Bobbie Jo back in his life. His wish bring the Devil to town and Bubba ends up selling his soul to him. This unsavory agreement leads to the curse of lycanthropy for our hero. But, it turns out that Bubba thinks it’s cool to be a werewolf, besides no one in town seems to even notice his transformation. And, luck would have it. Bobbie Jo likes the new Bubba since the curse led him growing in size, especially a particular part of his anatomy. 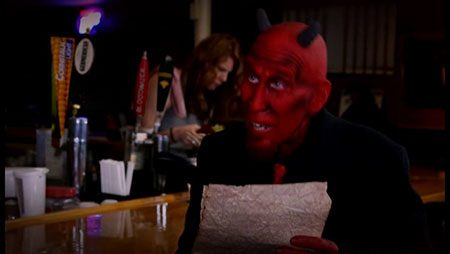 But, luck isn’t on the side for others in town. The Devil spends some of his time in town, not only causing some mischief, but making similar agreements with many other citizens. All arrangements backfire for all of them the same way that Bubba’s was supposed to for him. The townsfolk blame Bubba for their collective predicament, seeing that he was the first to sign over his soul bringing the Devil to town in the first place and all. They expect him to do what he can to make matters right again. That’s if he can get off his lazy butt for once. 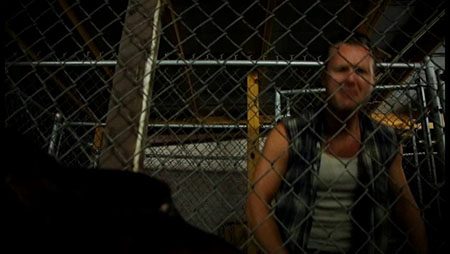 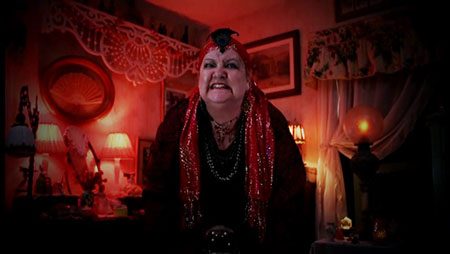 I wouldn’t go so far as place this flick alongside other werewolf cinematic gems as 1941’s The Wolf Man, An American Werewolf in London, and the first two Ginger Snaps films. Hell, I wouldn’t even place it up there with 1973’s The Boy Who Cried Werewolf. But, Bubba does have its charms. Truth be told, I wouldn’t go so far as to even call it horror. Maybe horror related, but not horror. And, this is despite all the bloody violence that’s on display. All of it comical, of course. No, this movie has much more in common with Jeff Foxworthy’s signature routine, You Might Be a Redneck. It works to lovingly poke fun at Redneck culture, not to drum up some scares mixed in with the laughs. Ernest Scared Stupid, a film that is close in tone to this one, actually has more frightening scenes in evidence. But, it’s not really interested in supplying chills of any kind. Invoking laughs is the only thing on its mind. And, in my opinion, it succeeds rather well, even though it is mostly very silly while doing so.
Even if it isn’t trying to be a horror film, I does seem to know its cinematic werewolf tropes. There’s a gypsy fortuneteller (Gail Fleming) and a pentagram in Bubba’s palm. But, it was actually a pentagram that appears in the palm of a werewolf’s next victim, not in the creature’s palm. The scar that develops from the bite of the werewolf that changes a victim that survives an attack, which in turn changes that person into a monster is shaped like a pentagram. Or so, the Universal classic starring Lon Chaney Jr leading us to belief. 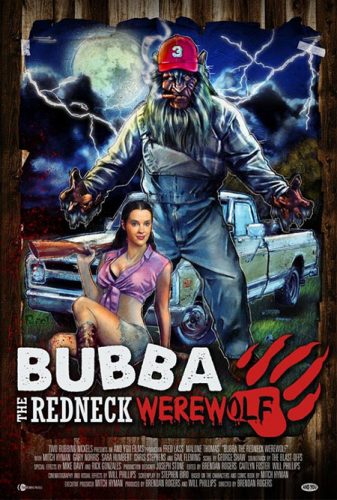 The flick was adapted from an underground comic of the same title by Stephen Biro, the President and founder of Unearthed Films Inc. I’ve never heard of the comic, so I can’t rate the adaption job. But, the film does have its share of laughs. Director Brendan Jackson Rogers (Flashback) does a mostly an efficient job with this extremely low-budget production. Though it does meander a bit in the middle. 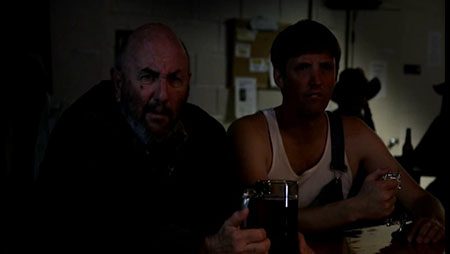 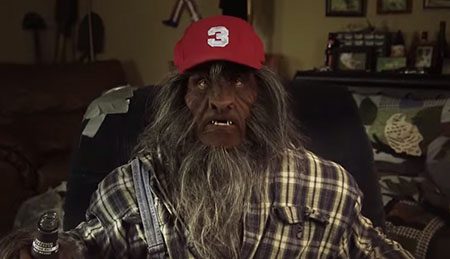 As for the acting, many of the players may have been first timers, or even non actors. The one stand out is the comic’s creator himself, Mitch Hyman as the Devil. Besides his superb makeup job, he puts in a fine performance. Now, I’m not talking about a Robert De Niro level turn here. But, as the “demon-lawyer” that he is cast to play, he steals the show. I assume there’ll be a sequel, and if there is one, I hope to see his return.
3 out of 5 Shrouds
Share