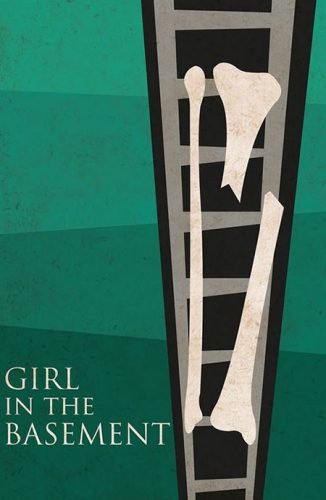 A young woman is kidnapped by a serial killer — only on the day of her intended death, fate shifts and the killer accidentally dies, leaving the girl trapped in his basement.

Yet another short film, folks! Today we have THE GIRL IN THE BASEMENT, written, directed and starring KT Baldassaro. This is her directorial and writing debut.

Susan Larch is having a really bad day. On her way to medical school, she gets adbucted by a serial killer.

Now…I would have thought that was the worst of it, but I would be wrong. See, the killer drops dead of a heart attack not long after locking Susan in his basement.  Susan attempts to escape, but the killer’s body is prone over the trap door to the basement. This makes it impossible for her to push it open, although she does try. The unfortunate result is that the ladder breaks, causing her to fall and break her leg. 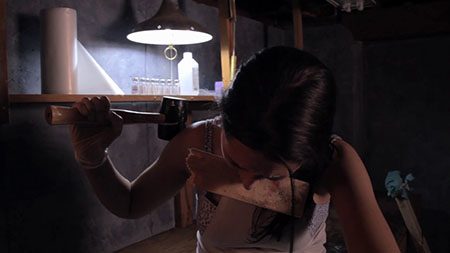 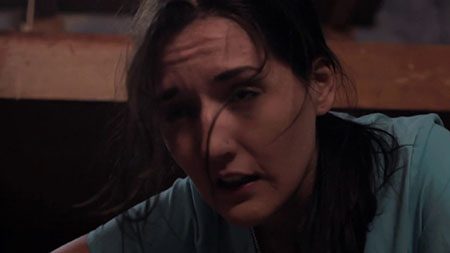 The good news is the killer never had a chance to do whatever he was planning to do to her. The bad news is that now Susan is stuck in the basement with no way to call for help.

Susan narrates her own story as time passes in her prison. She is unaware of how long she has been there or how long she may continue to be. She flashes back to moments in her life, moments that both sustain her and do her harm as she tries to figure out what to do. She has no food, no water, and slowly starts to lose her grip on her sanity as the time goes by. 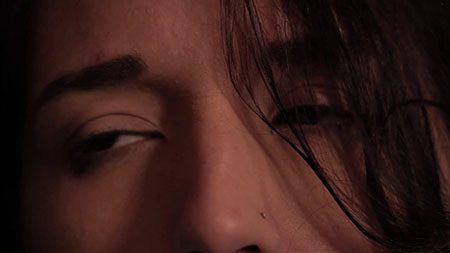 I suppose there could be some triggers in this film. It is a deep psychological study of a prisoner with no hope for escape, yet a fierce will to survive. It gets pretty brutal and graphic as the story progresses.

So usingmy special short scale of one to five, five being awesome, I’m giving this film 5 needles.

Tags Kt Baldassaro The Girl in the Basement