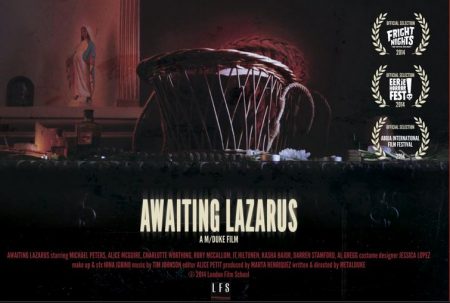 As a ritual goes horribly wrong in an occult meeting, only the most crafty, and ruthless will survive.

Yet more short films, kiddies! Today we have a very tasty selection from the Uk called AWAITING LAZARUS written and directed by Orok Duke.

We come into the story at a meeting of some sort of occult group. Nixon (Michael Peters) has to come to the home of his uncle Lord Bastion (Rory McCallum) to take part in a secret ritual. Nixon is not exactly received warmly by the other members – journalist Alice (Charlotte Worthing), a husband and wife team (Jt Hiltunen,Kasha Bajor), socialite Lady Rose-Heart (Alice Maguire), even the butler Briggs (Steve Mancour) are all just a bit rude to this new member.

Nonetheless, the ritual goes forward. But as one can imagine, when one messes with such things there is always something that can go horribly wrong. And of course, it does. 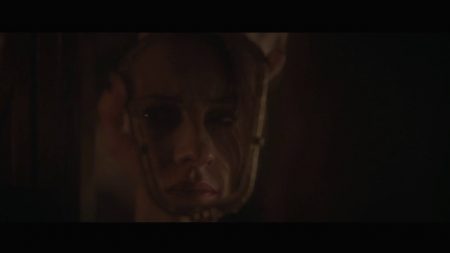 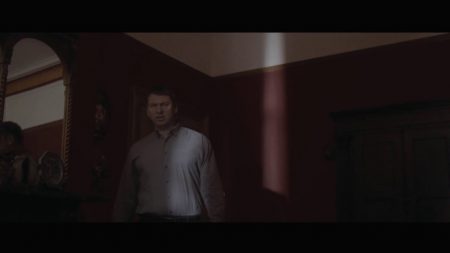 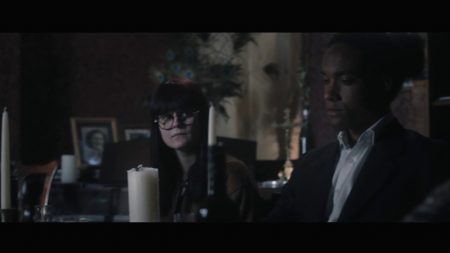 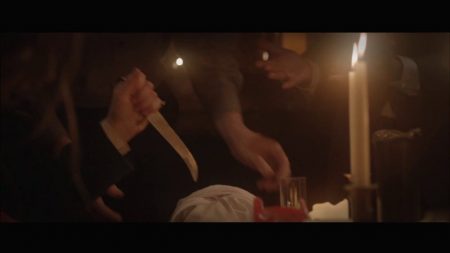 This was like watching a dark version of CLUE. Beautifully shot, great cast and performances. Special effects are minimal but enough to serve the story. Special shout out to Mr. Peters as Nixon. I just couldn’t take my eyes off him. He was stunning, both in appearance and performance.

Using my special short scale of one to five, five being awesome, I’m giving this film 4 oujias.