Got some sneak peak posters for these 2 release coming soon. More Phantasm? Bring it on! 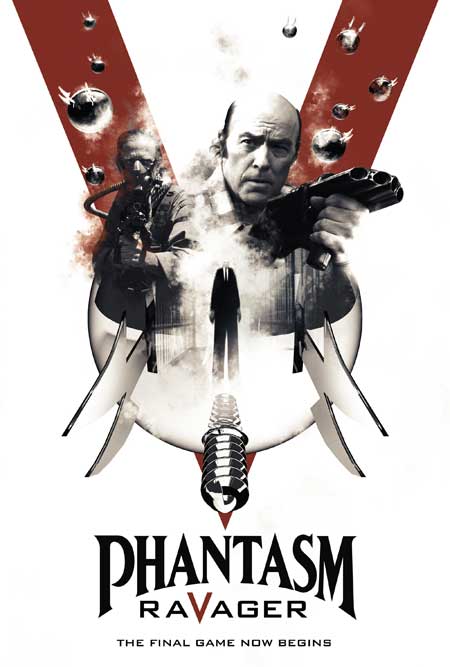 PHANTASM: RAVAGER
The fifth and final film in the series
In Theaters & On Digital HD & On Demand October 7th

Phantasm: Ravager is an all-new film that brings one of cinema’s longest-running franchises (36 years!) without a reboot to a close, with Mike (A. Michael Baldwin) and Reggie (Reggie Banister) teaming up to confront the dimension-hopping Tall Man (Angus Scrimm, in his final role) once and for all. 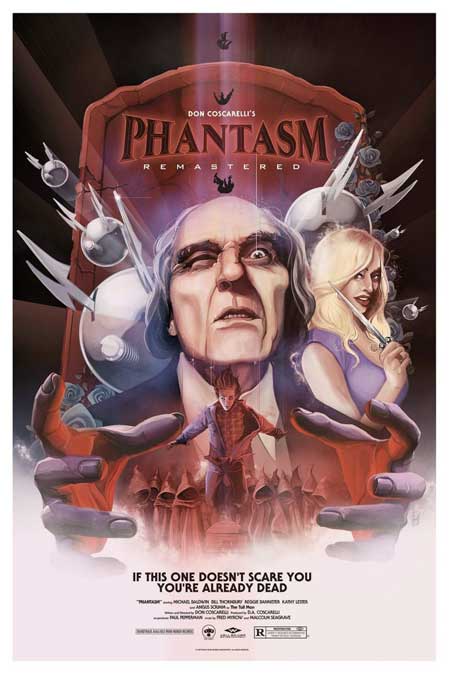 PHANTASM: REMASTERED
All-new 4K restoration of the original 1979 cult classic
In Theaters & On Digital HD & On Demand October 7th
Also In Select Theaters as part of the Art House Theater Day on September 24, 2016

The remastered original classic that started it all, in which two brothers discover their local mortuary hides a legion of hooded killer dwarfs, a flying drill-ball, and the demonic mortician who enslaves the souls of the damned