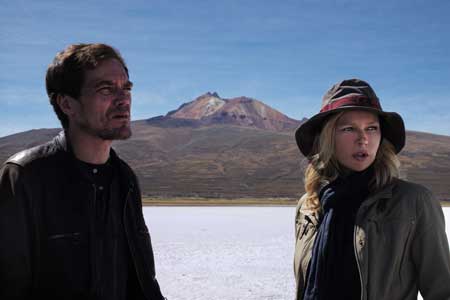 Written and directed by Werner Herzog inspired by a story by Tom Bissell, SALT AND FIRE tells the story of a corporate CEO and a group of scientists who must band together despite their ideological differences to try to avoid a looming environmental catastrophe. The film was shot in Bolivia at the stunning Uyuni salt flats (the world’s largest) and Germany. The film was produced by Nina Maag, Werner Herzog, Michael Benaroya and Pablo Cruz.

At age 74, German filmmaker Herzog is one of cinema’s masters, known for both his bold narratives (Aguirre: Wrath of God, Fitzcarraldo) and poignant documentaries (Encounters at the End of the World, Grizzly Man, Cave of Forgotten Dreams). His latest documentaries, Lo and Behold: Reveries From the Connected World about the Internet and Into The Inferno about volcanoes, premiered at this year’s Sundance and Telluride Film Festivals, respectively, and he is teaching filmmaking through the online platform Masterclass.

The deal was negotiated by XLrator Media’s Barry Gordon and Lea Flome with Creative Artists Agency on behalf of the filmmakers.