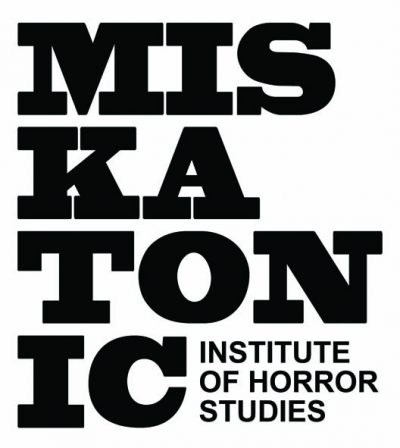 With successful branches in London and Montreal, The Miskatonic Institute of Horror Studies makes its first stateside stop at Brooklyn’s Morbid Anatomy Museum with a pilot semester of horror film, literature and pop culture classes, running from September through December 2016 and featuring classes by some of the most renowned voices in horror film, fiction and criticism.

Named for the fictional university in H.P. Lovecraft’s literary mythos, The Miskatonic Institute of Horror Studies is a community-based organization that offers university-level horror history and theory classes for people of all ages. The Miskatonic is a non-profit endeavour through which established horror writers, directors, scholars and programmers/curators celebrate horror history and culture with a unique blend of enthusiasm and critical perspective.

The semester kicks off with a “Live From Miskatonic” presentation of horror author Jack Ketchum (OFF SEASON, THE GIRL NEXT DOOR) in conversation with Miskatonic founder Kier-La Janisse, followed in October with a masterclass from Dennis Paoli (co-writer, RE-ANIMATOR, FROM BEYOND) on adapting the “unfilmable” work of our namesake, HP Lovecraft, for the screen. In November, Maitland McDonagh (BROKEN MIRRORS, BROKEN MINDS: THE DARK DREAMS OF DARIO ARGENTO) talks about the interesting cross-pollination of genre tropes and vintage gay pulp fiction, and we close out the season with longtime horror journalist Michael Gingold taking students on a trip through the New York City of horror film and television, complete with an interactive component. See below for the full class descriptions.

The Miskatonic Institute of Horror Studies was founded by film writer and programmer Kier-La Janisse in March of 2010. After existing in embryonic form at Aqua Books in Winnipeg, Canada, Miskatonic moved to Montreal’s Blue Sunshine Psychotronic Film Centre in June 2010. Since 2013 Miskatonic Montreal has been co-directed by Kristopher Woofter and Mario DeGiglio-Bellemare, while Janisse teamed up with UK-based film scholar and Electric Sheep founder/editor-in-chief Virginie Sélavy to launch Miskatonic London in January 2015 – which has gone on to enjoy lectures from the likes of genre luminaries Kim Newman, Stephen Thrower, Jasper Sharp, Mark Gatiss, John Hough, Daniel Bird and more. Miskatonic NYC is a pilot program for the fall of 2016, under the co-direction of Kier-La Janisse, Marc Walkow and Samuel Zimmerman.

Tags The Miskatonic Institute of Horror 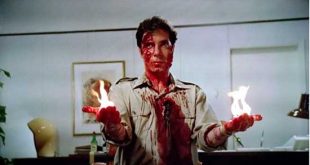